Saturday, August 13
You are at:Home»News»Sarawak»Association taken aback by ‘abrupt directive’ to ban workbooks 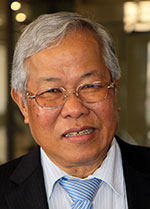 KUCHING: The Sarawak Stationers and Booksellers Association is taken aback by the Ministry of Education’s ‘abrupt directive’ to ban workbooks for Year 1 to 3 and allow only one workbook for five core subjects for Year 4 to 6, beginning Jan 1 next year.

The association is thus appealing to the ministry to offer a grace period before implementing the ban.

At a press conference in Sibu yesterday, the association said the ministry ought to give ample notice to all relevant parties prior to announcing the ban.

This is because many publishers have already ordered the stocks for various workbooks for the new school year.

The association is of the opinion that the ministry ought to announce the ban earlier.

It said  that workbooks for next year (2018) were already shipped and delivered to the respective warehouses.

Apart from that, the association also feels that the ministry should get the feedback from teachers and parents before implementing the ban.

It claimed that teachers who had to deal with various administrative tasks would not have quality time to come up with exercises for pupils.

They even said that teachers ‘are not professional illustrators’ given that workbooks for Year 1 to 3 usually came with ample illustrations to help young children understand better.

The association insists that spending ‘a little money on professional workbooks’ helps not only to reduce teachers burden but also enhance pupils learning.

It seems inappropriate for the ministry to rationalise the ban of workbooks by saying such a move would help reduce the burden of pupils who have to carry heavy bags to schools.

According to the association, parents usually wanted efficient and quality learning for their children and the existing workbooks could achieve just that.

It added that the ban on workbooks would cause inconvenience to schools which would have to prepare exercises and parents still have to bear the printing costs. 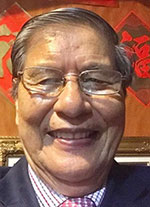 Earlier this week, Deputy Education Minister Datuk Chong Sin Woon was quoted by a national English daily as saying that Year 1 to 3 pupils should not even use workbooks.

He added that Year 4 to 6 pupils should use workbooks only for core subjects such as Malay, English, Mathematics and Science, Chinese and Tamil.

“They (pupils) are not encouraged to use workbooks at the beginning of the school year. Those are additional exercises for students to practise only after they have been taught the syllabus set by the ministry,” he said.

Chong said the ministry had received complaints from parents saying they paid hundreds of ringgit just for the workbooks.

He said the use of several workbooks did not comply with the ministry’s circular issued in 2000, and not conducive to the Malaysian Education Development Plan that emphasises Higher Thinking Skills among pupils.

Contacted yesterday, Minister of Education, Science and Technological Research Dato Sri Michael Manyin declined to comment given the fact that he had not learned more about the issue.

He said he had to figure out why the Ministry of Education ‘issued such a circular’ before making a comment.

Also contacted yesterday, former chairman of the Board of Management for Kuching Chung Hua Primary Schools No1 to 6 Dr Chou Chii Ming believed that the policy would ‘reduce substantially the weight of school bags carried to and fro schools’.

He said it would save expenses for parents while teachers would not have to mark those workbooks, and could channel their time to preparing lessons.

“Pupils will have less homework and more time for other activities.” He, however, said workbooks played a certain role in enhancing pupils’ ability to comprehend texts.

“Workbooks are edited by education specialists and teachers, without those workbooks, they may not be able to follow their standard to set comprehension questions.

He thus suggested that the parties concerned could work on thinning textbooks and workbooks to reduce the weight of school bags.

“Either that or they can limit it to one workbook for each subject. Besides, schools can also consider providing lockers for pupils to keep their textbooks and workbooks not required for homework,” added Chou.