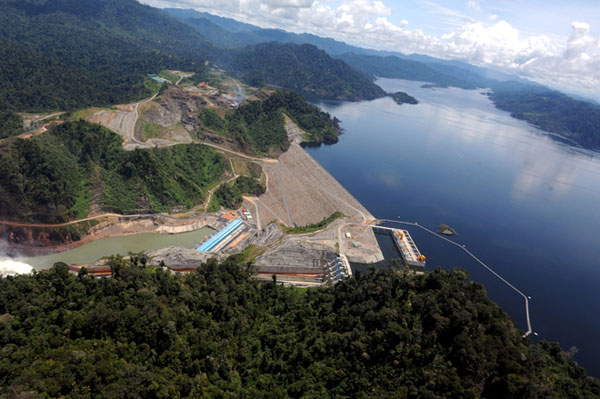 Sarawak Hidro’s operating performance shows a major recovery in 2016 following the enhancement of the plant, as evidenced by its significantly fewer incidents of forced outages during the year.

In a statement, it said, the rating is premised on the Government of Malaysia (GoM)’s continued commitment to top up any shortfall in cashflow throughout the life of the Sukuk Murabahah, to ensure a level that is commensurate with an AAA rating under RAM’s project-finance rating framework.

“This irrevocable and unconditional liquidity support from the GoM is articulated through a strongly worded letter of undertaking (LoU) from the Minister of Finance (Incorporated) (MoF).

“Although Sarawak Energy Bhd (SEB, rated AA1/Stable) via its 100-per cent owned subsidiary, SEB Power Sdn Bhd, fully acquired Sarawak Hidro from the MoF on August 16, 2017, the LoU will remain in force despite any change in shareholding,” it said.

It added, “While SEB is now the owner of Sarawak Hidro, Syarikat SESCO Bhd (SESCO) – a wholly owned subsidiary of SEB and the sole off-taker of the company’s electricity output – is still expected to continue paying for the electricity it consumes up to 2019 despite the take-or-pay arrangement under its power purchase agreement (PPA).”

Meanwhile, it noted that the dispute between SESCO and Sarawak Hidro over payments under the PPA is in the process of being resolved.

However, it pointed out that it is expected to occur at a later stage.

“Nonetheless, we believe that the GoM will make good any deficit in cashflow coverage via its liquidity commitment under the LoU,” it opined.

All in, it believed Sarawak Hidro’s operating performance shows a major recovery in 2016 following the enhancement of the plant, as evidenced by its significantly fewer incidents of forced outages during the year.

“Although some problems were encountered this year vis-a-vis the turbine and generator (since rectified), the company had incurred minimal penalties of less than one per cent of its revenue.

“As such, its finance service coverage ratio stood at a robust 5.16 times as at the last repayment date in August 2017.

“This is a substantial improvement over our earlier projection of 2.47 times given the stronger demand from SESCO. Sarawak Hidro is also bound by other strict covenants, which tighten the transaction structure and provide further certainty throughout the tenure of the Sukuk Murabahah,” it said.

Sarawak Hidro is an independent power producer that owns and operates the plant, under the PPA that runs up March 31, 2043.

“The first unit of the plant was commissioned in August 2011, with full commercial operation achieved in July 2014.

“The Bakun dam, which the company owns, is Malaysia’s largest hydro-powered electricity producer and key to the development of the Sarawak Corridor of Renewable Energy,” it said, noting that as with other IPPs, Sarawak Hidro is exposed to regulatory and single-project risks.