Sunday, November 28
You are at:Home»News»Nation»Robotics competition a platform to produce science, technology experts 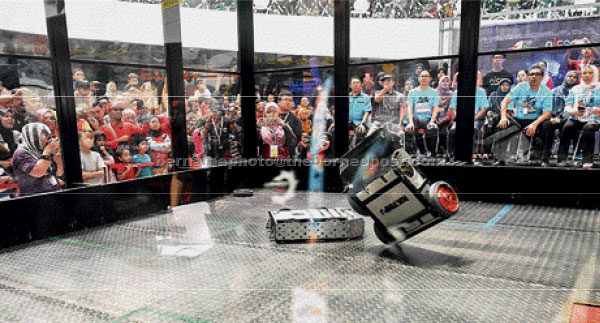 He said the competition was an important platform in ensuring continuous succession of experts in the field as they are among the key drivers of growth for the nation.

“Previously the robotics field was probably not important but students must be encouraged to love science if we want to produce more scientists,” he told reporters after the prize presentation ceremony here yesterday.

A total of 25 public and private higher learning institutions participated in the robotics competition which required participants to produce custom-built machines to battle one another in a special arena.

Abu Bakar said the competition was also aimed at raising positive perception among the community and to make students more optimistic in choosing Science, Technology, Engineering and Mathematics (STEM) as career fields. — Bernama