Monday, May 23
You are at:Home»News»Sarawak»In defiance of the law 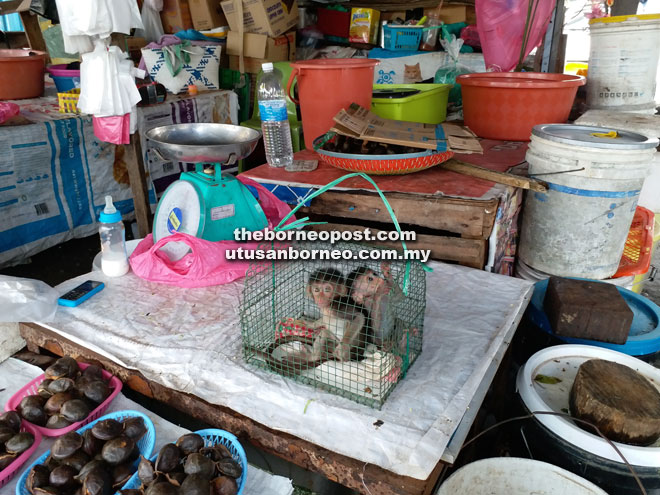 These two caged baby monkeys ar priced at RM300 each.

MIRI: Visitors to the weekend market at Miri Centre Point here were shocked when seeing protected wildlife being openly sold or even barbecued next to jungle produce and freshwater fish.

According to a visitor, two barbecued civet cats along with a chopped-up anteater were put up for sale, apart from  live baby monkeys with a price tag of RM300 each and river tortoises known locally as ‘tuntung sungai’.

“My husband and I were surprised to see these animals being sold in the market without the authorities taking any sort of action.

“These are protected species and without proper monitoring, there might not be any left in the future,” the visitor, who identified herself as Mrs Tan, told The Borneo Post when met yesterday.

According to Tan, the Sunday market is an interesting place to visit owing to the wide variety of items being offered for sale, among them wild ferns, jungle produce and freshwater fish.

“However, the sight of protected animals being openly sold without the authorities concerned taking action is troubling, to say the least,” she added.

Tan said the saddest part of her Sunday visit to the market was the sight of the caged baby monkeys, pointing out that the creatures deserve to live in the wild and be cared for by their parents.

“I really hope the local sellers cease selling these protected or endangered animals and release them back into the wild. The proper authority should also take these sellers to task.” 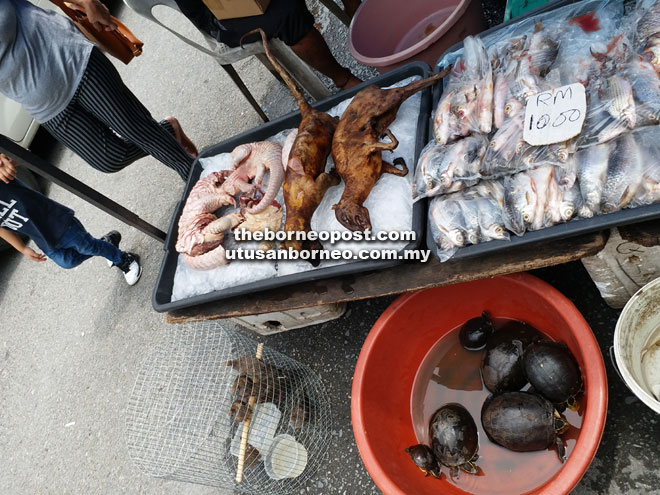 The barbecued civets being sold alongside a chopped-up anteater and river tortoises at the Sunday market. 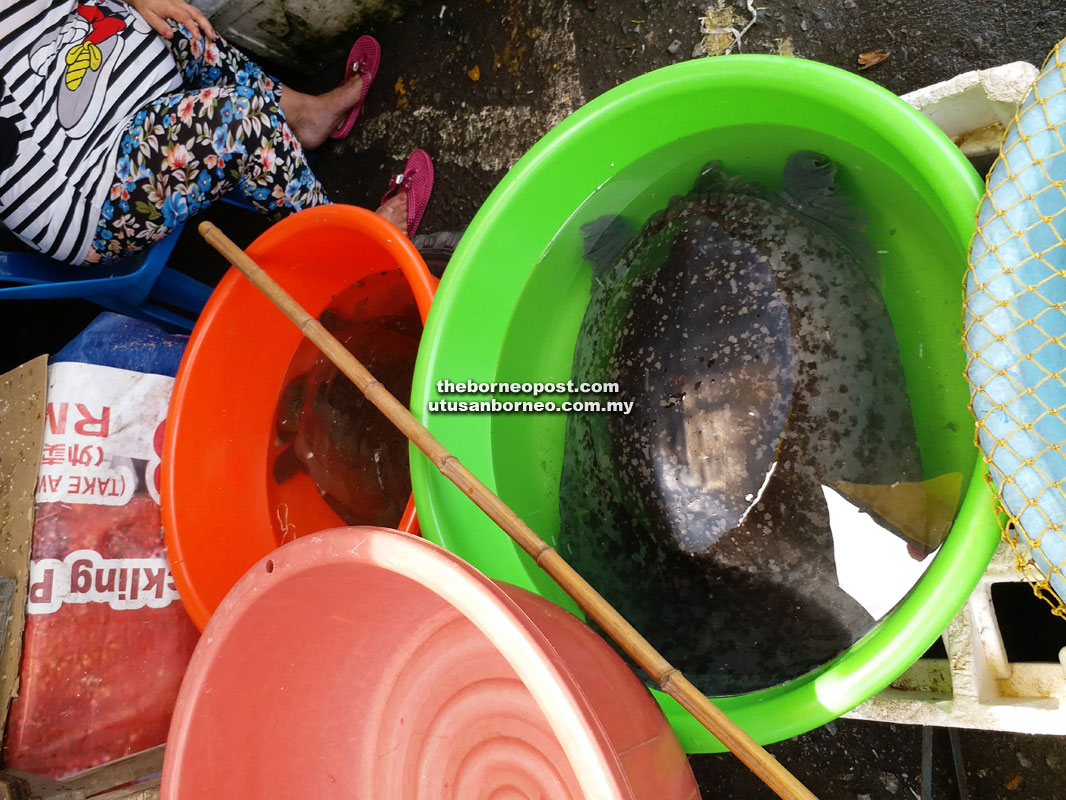 Terrapins, or labi-labi, kept inside basins ready for sale.

“I will alert our enforcement team in Miri to assist on the issue. Hunting, killing, keeping or eating totally protected wildlife and/or derivatives carries a RM50,000 fine and five years’ jail.

“Equivalent offences relating to protected wildlife, on the other hand, carry a penalty of RM10,000 fine or one year’s jail,” he added.

Oswald warned the local community not to kill or keep these protected animals as they would be prosecuted.