Wednesday, December 2
You are at:Home»Lite Stories»Dairy goat, cow farming a potential in Sarawak 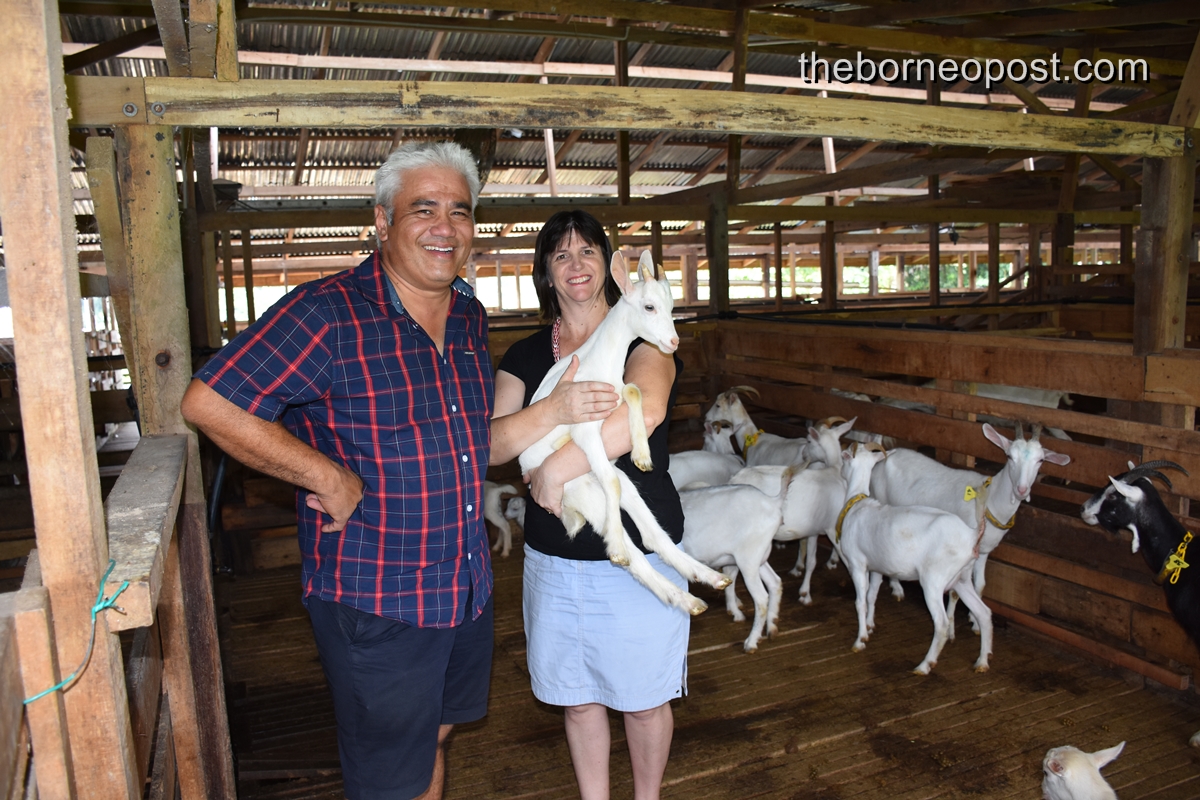 Brangka (left) with his wife Phillipa who is holding a Saanen goat. Photos by Abdul Hakim Bujang 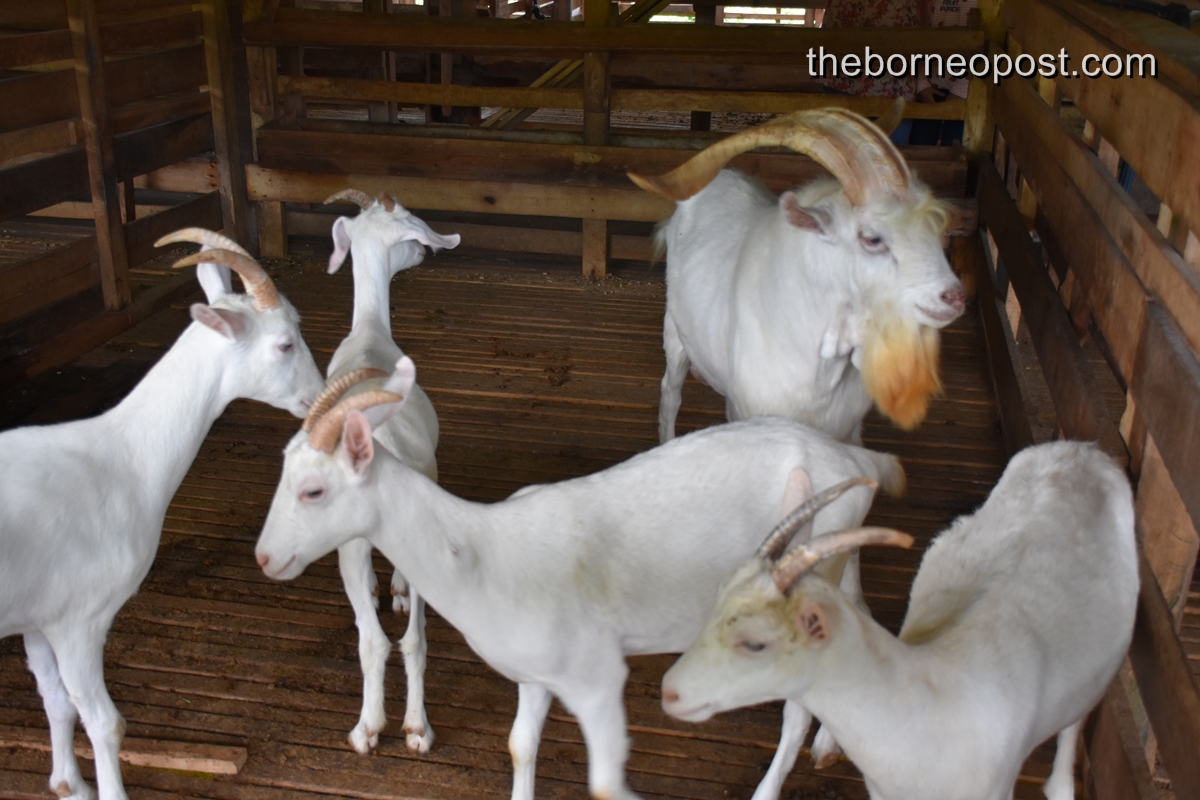 KUCHING: He left for New Zealand after completing his Malaysian Certificate of Education, earned his Bachelor of Agriculture and Science from Lincoln University, only to work as a farm assistant.

The proprietor of The Milk Shop, Brangka Munan, said he started at the bottom as a farm worker before he built up assets by buying cows.

“I then started sharefarming (sharemilking) before eventually buying my own farm with 450 acres and 500 cows,” he said.

Having more than 20 years’ experience in dairy cow farming, Brangka is now back in Kuching – opening an organic dairy goat farm producing milk since 2013.

At the moment, these dairy goats are kept in some 24 pent houses with modern farming facilities and scientific innovation that are exclusive to experienced dairy farmers.

The assistance from government is specially-tailored under a scheme where Brangka will return same age/gender offspring to the government after the dairy goats have babies.

“I am not sure of the value (cost of project) but it is around 100 dairy goats. The scheme is also beneficial to grow the industry because within two years I will give back the offspring to the government for the next farmer, and this will make the industry grow, after that we may need a factory and export our products,” he said.

According to Brangka there is also potential in dairy cow farming in Sarawak, considering the vast land available – stressing that Thailand and Indonesia are already venturing into it.

“We have submitted our proposal to the government for cow farming too and would love to share our experiences at the grassroots level,” he said.

The biggest thing in the proposal to the government, he stressed, is the Residential Internship.

“All the big farms in New Zealand are doing this. We must train the farm managers on how to run the business at the grassroots level,” he said.

Brangka and his wife, Phillipa, a New Zealander, were overwhelmed by the number of visitors to their humble goat farm off late.

“We are innocent farmers from New Zealand, and we don’t know that goat farms are a tourism product in Malaysia. So many people came visiting that we are now in the process of building better toilets for the visitors,” he laughed.

Phillipa, a holder of Bachelor of Agriculture and Commerce, later became an accountant before helping Brangka to operate the farm.

Their products are now on sale at local supermarkets and Brangka believed there is a huge potential for fresh milk products in Sarawak especially for cows.

“Goat milk is a niche product, our products are available at certain chain supermarkets but cow milk is a bigger potential because there is no fresh milk in Sarawak. If you want fresh cow milk, you have to import them,” he said.