Sunday, September 25
You are at:Home»News»Sarawak»Passing of Fr Terrence a loss to local church 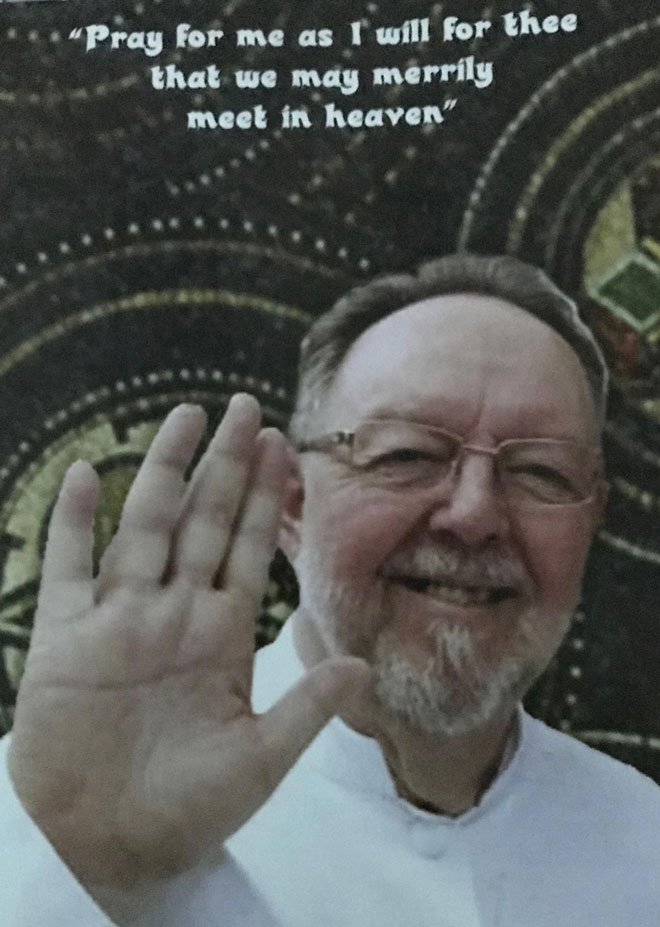 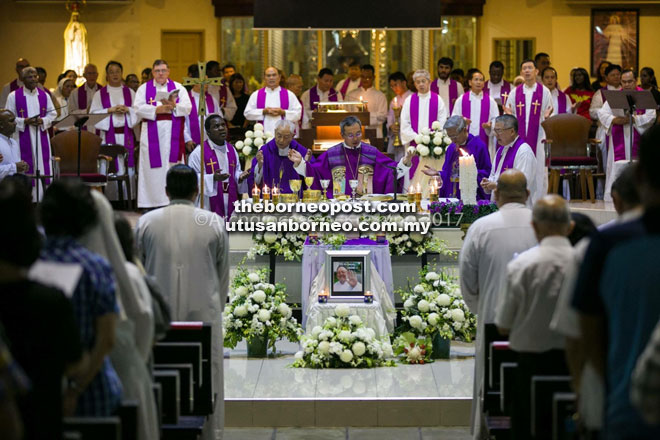 Requiem Mass held for the repose of the soul of Fr Terrence at St Joseph’s Cathedral on Monday night led by Archbishop Simon. 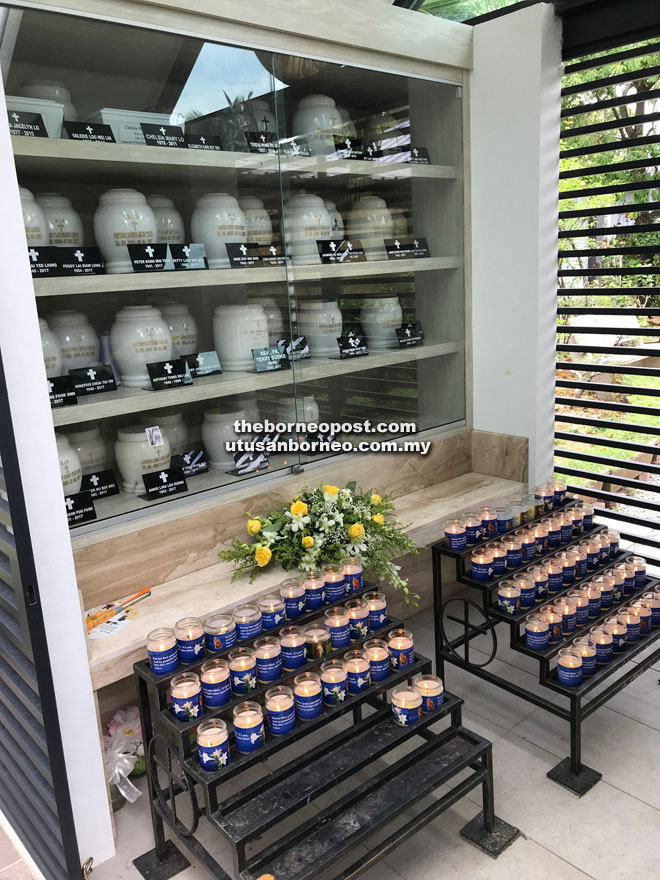 Fr Terrence’s ashes are kept in an urn and placed in the temporary columbarium at St Peter’s Church compound in Padungan.

KUCHING: The recent passing of Mill Hill missionary Rev Father Terrence Laurence Burke, 73, in England is a great loss to the local church.

Fr Terrence has been described as a ‘gentle but firm’ man by many of his former students and colleagues.

One of his former students and colleagues, Rev Fr Vincent Chin said Fr Terrence, fondly called Fr Terry, was a man of principle who had helped the local church by setting up the seminary of St Peter’s College here in 1980 to train local priests.

“As far as my experience of him is concerned, he was a man who put into practice what he believed in. He imbued in us students two very important virtues – generosity and initiative. His whole life was the manifestation of that belief.

“He was gentle yet firm, and would not compromise on his stance,” Fr Vincent said when contacted yesterday.

Fr Terrence had his weaknesses too, but they did not deter him from carrying out his duty to his students and the people.

“He had weaknesses like everybody else, but he did not allow them to hinder him from doing what God wanted him to do.”

Vincent and a few others were the first batch of students Fr Terrence taught, and later became good friends.

“When he was stricken with cancer in 2015, he spoke openly about it and also about death. I was able to talk to him on what we should do after his death; whether he would prefer to be buried in Liverpool or be buried here where he has spent most of his life.

“Later when I met up with him again, he asked me whether the offer was still there, and I said ‘Yes’. I told him that he has to tell his relatives of his dying wish so we can act from there. So that’s what happened,” Fr Vincent related.

Upon his death on Aug 31, his remains were kept at a mortuary in England and cremated after funeral service on Sept 22.

“After the requiem mass at St Joseph’s Cathedral last night, we brought the urn which contained his remains and placed it in our temporary columbarium at St Peter’s Church, Padungan,” said Fr Vincent who is also the rector of the parish.

Meanwhile, Archbishop of Kuching Simon Poh said Terrence was his seminary rector when he entered the college in 1982.

“Tonight, we all have a closure. After almost seven weeks of preparing and waiting, we can fulfil Terry’s wish to come back to Kuching.

“At Mass tonight, we pray for his repose. Later at the Columbarium, we will lay Terry to rest in the land of his first love as a Mill Hill Missionary.  Welcome home, Terry,” said Archbishop Simon during the Requiem Mass on Monday night.

He related his experience under Fr Terrence that on every weekend, all of them (students of St Peter College) were sent out to serve in the villages.

“That was part of our formation so that we will always be available and be close to the people we serve in the village communities,” said Archbishop Simon.

Terrence was born in Barnes, South London on March 24, 1944 to Richard and Mary Burke.

He was educated in St Edward Modern Secondary School, Richmond, and later pursued his education at Kingston Technical College from 1957-64, followed by a year at Campion House, Osterley.

He studied Philosophy at Roosenthal, Holland from 1965-67 and Theology at Mill Hill College from 1967-71.

Terrence spent a short time here as a student and later after his ordination, he was appointed to serve here.

In 1980, the then Archbishop of Kuching Dato Sri Peter Chung wanted him to set up a seminary to train local priests.

Fr Terrence had to leave Kuching because of the law that said all expatriate missionaries had to leave after 10 years.

He was subsequently appointed to Britain for missionary work, but first he went to pursue his Masters of Arts in Religious Studies in New Orleans, USA.

From 1986 to 1993 he worked with Society of Roosenthal and Mill Hill College-Missionary Institute of London.

In 1995, he had a brief appointment in India, then returned to Britain where he spent the next 10 years in academia as a chaplain at Reading University.

In 2007, he was given a joint appointment – dividing his time between seminary in Kuching and as a chaplain to the expatriate community in Bali, Indonesia as well as working in the prison there.

He was there for three years, but the new bishop in Bali did not renew his appointment. He was disappointed, more so for the people he served in Bali as there were few English speakers among the priests there.

Towards the end of 2015, he became seriously ill with cancer of the bile duct, which spread to his liver.

And during the next two years, he exhibited the same courage he had shown at other times of his life when he struggled with personal difficulties.

He went to Singapore for treatment, but was still able to carry on with his work.

In June, 2017, when the doctors told him that they could not do anymore for him medically, he returned to England where he was cared for by his sister Margaret.

He was admitted to the Duchess of Kent Hospice in Tilehust on July 21 and passed away there at 3pm on Aug 31.