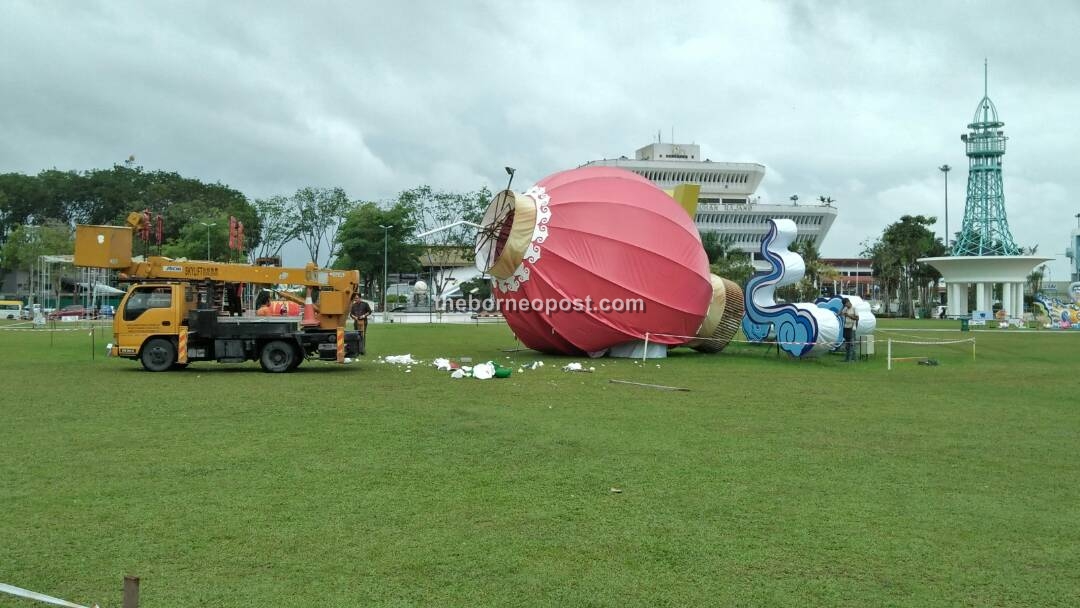 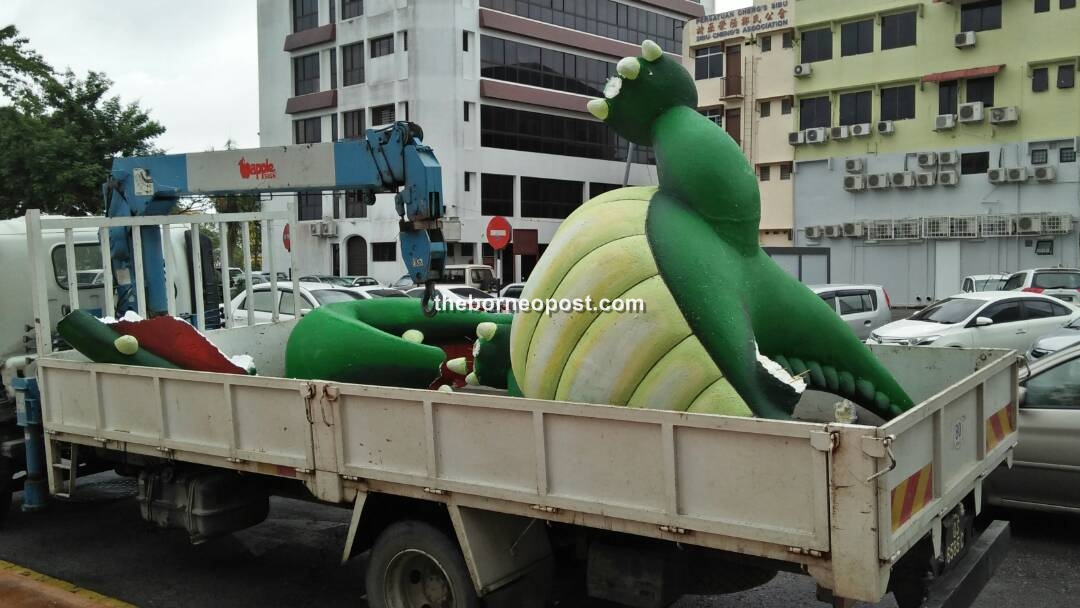 The damaged Bubu structure, which is VSY 2017’s mascot.

The main lantern was put up together with other colourful lanterns at Sibu Town Square Phase 1 in conjunction with the Sibu Lantern and Food Festival 2017, which runs from Oct 3 to 26.

The strong winds coupled with heavy rain started around 2.30pm.

While the giant lantern was still in good shape, the same could not be said for Bubu.

The mascot was believed to have been damaged after hitting the ground hard.

Workers were spotted carrying pieces of the mascot to a nearby lorry.

A crane was seen trying to put up the downed gigantic lantern.

When contacted, Sibu Municipal Council (SMC) deputy chairman Rogayah Jamain said they are getting the contractor to rectify the situation.

“The weather can be unpredictable,”he said.

While at the scene, The Borneo Post observed that other lanterns were not affected by the strong winds, but tree branches were strewn around Sibu Town Square Phase 1. Several advertisement banners were also damaged.