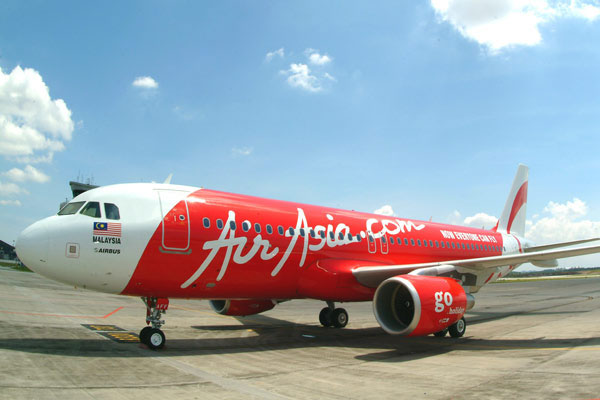 The new Kuching-Shenzhen route marks the third international route from Kuching and the third new route launched from Kuching International Airport this year; besides Pontianak and Langkawi as AirAsia continues to expand its East Malaysia hub.

AirAsia head of Commercial said, “We are thrilled to connect Kuching to Shenzhen and increase the international connectivity to East Malaysia.

“Sarawak is ranked among the most popular investment destinations in Malaysia for Chinese companies and with the largest investment on steel and renewable energy for the state coming from China, we believe the new route will strengthen and open up other possible opportunities for international trade, foreign direct investments (FDIs), e-commerce and more thus empowering the state’s economy further.

“Moreover, the new route, which brings us a step closer to establish Kuching as a regional hub, is in line with the government’s effort to improve the tourism sector and flight connectivity in Sarawak.

“Hence, we would like to express our gratitude to the Sarawak State Leadership, Chief Minister of Sarawak, and Minister of Tourism, Arts, Culture, Youth and Sports Sarawak for their endless support and cooperation.

“We are committed to continue growing this hub further and put Sarawak on the map as one of the top destinations, and bring in more visitors to Sarawak on top of the 2.6 million guests we have flown to the state so far this year.”

To celebrate the announcement, AirAsia is offering promotional all-in-fares from RM88 one way from Kuching to Shenzhen when you book from now to November 5, 2017 on airasia.com and AirAsia’s mobile app for iPhone and Android devices, for travel period between December 26, 2017 and March 25, 2018. AirAsia BIG Members will also earn 100 BIG Points when they purchase the Travel Insurance online.

AirAsia now flies to 12 destinations from Kuching with a total of 229 weekly flights one way. In addition to Shenzhen, the airline also flies from Kuching to Singapore, Pontianak, Miri, Sibu, Bintulu, Kota Kinabalu, Johor Bahru, Kota Bharu, Penang, Kuala Lumpur and Langkawi. In addition, as part of its commitment for the China market, AirAsia has increased the frequency from Kuala Lumpur to Kunming to 14 times weekly starting December 19, 2017, and from Langkawi to Shenzhen to four times weekly starting December 23, 2017.

Sited across the mainland Chinese border from Hong Kong, Shenzhen is a modern city with vibrant economy and sprawling landscapes. One of the richest and most populous cities in China, the city features spectacular attractions such as Overseas Chinese Town; Dafen Oil Painting Village; Xianhu Botanical Garden; Splendid China Folk Village, theme parks and many more.