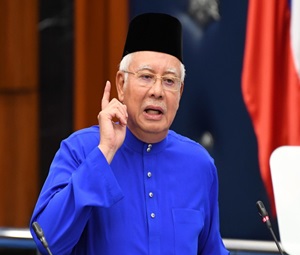 He said the rubber smallholdings sector would be given a new lease of life through several measures, among them providing modern infrastructure so that tappers can produce latex as compared to cuplumps.

“This allocation also does not include the  Monsoon Season Aid (MSA), this is for development of the rubber smallholdings sector and rubber tappers only so that they can earn a higher income,” he said at a  ‘Leaders with the People’ and handing over of MSA to smallholders and rubber tappers event in  Dataran Lembaga Kemajuan Wilayah Kedah (Keda) here yesterday.

“The focus now is to see if rubber-tapping methods can be modernised with the injection of new technologies which could result in higher rubber output.

“The low intensity tapping system is a new method which could be introduced to smallholders,” he said.

On the aspect of demand, the prime minister said he had instructed that rubber be used on the surface of certain sections of the road. — Bernama