Wednesday, August 17
You are at:Home»News»Sarawak»SHS: Govt committed to heritage conservation 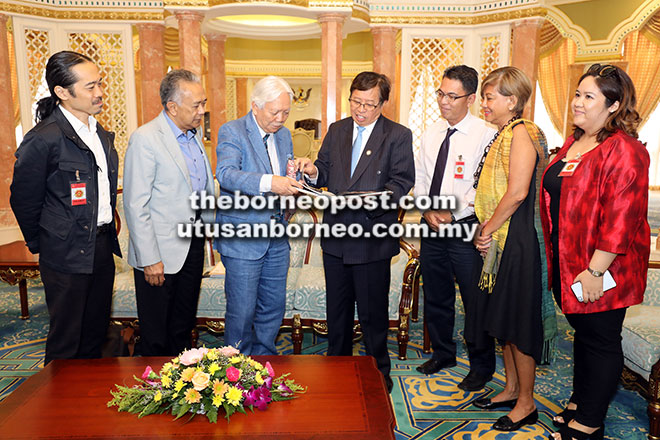 Abang Johari (centre) looks through the book ‘Living in Sarawak’ with Ridu. – Photo by Chimon Upon

KUCHING: The Sarawak Heritage Society (SHS) is optimistic that the state government is on the same page when it comes to the conservation of the state’s heritage.

“We brought up the subject of a database on heritage areas so that we will know how to zone areas in Kuching based on heritage, and Abang Johari already has that in mind,” said Ridu.

“In most developments, there’s an EIA but they never include heritage impact. We are suggesting that they should also do this,” he said, adding that Abang Johari shared that this would fall under the purview of the Ministry of Tourism, Arts, Culture, Youth and Sports.

SHS also raised the need to strengthen public policy as well as regulatory, financing and enforcement framework on existing buildings and heritage regulations.

It also asked for a strengthening of the cultural heritage management framework, suggesting it could start with a candid, independent review of the current status of Sarawak’s heritage conservation and management.

“We also hope to do our convention on heritage next year,” added Ridu.