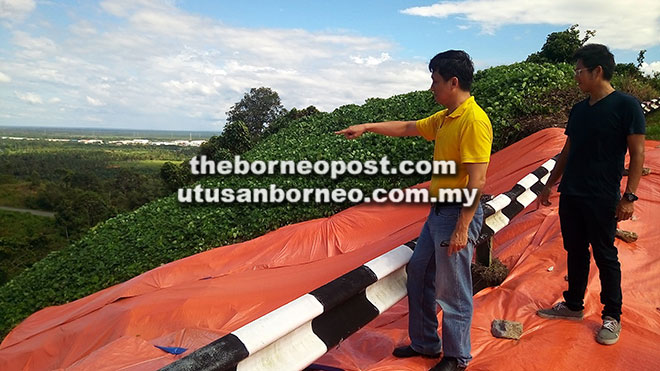 MIRI: The Miri City Council has called for experts from the Public Works Department headquarters in Kuala Lumpur to assist with soil erosion problems at Canada Hill.

“The experts would be coming over on Nov 21,” he said during a site inspection yesterday.

He advised the public to take extra precautions when using the road heading towards the Petroleum Museum as a landslide and soil erosion had occurred along part of the road.

“The rain for last two days had contributed to the soil erosion,” he said.

He warned conditions could worsen should the rain persist in the coming weeks.

The affected area has been covered with canvas as a temporary measure to help prevent further erosion.