Wednesday, July 6
You are at:Home»News»Sarawak»Local teachers account for about 80 per cent — Manyin 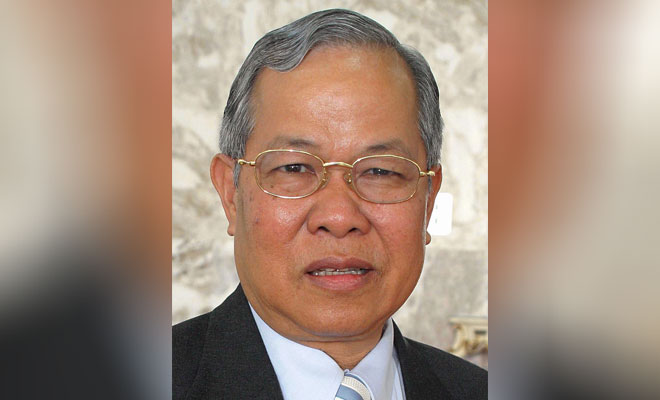 KUCHING: The percentage of local teachers in Sarawak is now over 80 per cent in both primary and secondary schools.

Minister of Education, Science and Technological Research Dato Sri Michael Manyin said the current composition of Sarawakian teachers as at Oct 30 is 84.2 per cent in primary schools and 88.2 per cent in secondary schools.

He said figures quoted by Baru Bian (PKR-Ba Kelalan) which were 88.9 per cent in January this year, was different from the latest figures due to the exclusion of certain definition.

“The earlier definition of Sarawakian teachers are: (a) Sarawak-born teachers, (b) teachers whose spouse are Sarawakians, and (c) non-Sarawakians who have been serving in Sarawak for more than 20 years and have bought houses in Sarawak.

“After Feb 2017, it was decided to exclude the definition (c). Therefore, the percentages of Sarawakian teachers in 2016 and 2017 differ,” he said.

He added that while the state could dictate policies and overall direction of education due to it being under the federal list, Manyin said the ministry could complement and supplement the effort of the state Education Department to raise Sarawak’s standard of education.

“Moreover, as a ministry, we can project the needs of the state more efficiently to the federal ministry.

“Our voice will have more influence than individual voices of education officers in highlighting the state’s needs,” he said.

He also said the state government has agreed that the Teachers Training Institute (IPG) in Miri would be turned into a polytechnic but they are still exploring the optimal use for IPG Rajang in Bintangor before making a counter proposal to the federal government.

Both IPGs in Miri and Bintangor have to be closed following the federal government’s decision.

The second tender for equipment is currently being processed while the final equipment tender will be called on the first week of January next year.

“Rectification works are currently ongoing under the Defects Liability Period and the facility will be fully operational by the middle of next year.

“The Biovalley Park will be managed and operated by Curtain Malaysia, and it fits with the intentions of  Sarawak Research and Development Ordinance in facilitating commercialisation and ultimately enhancing the bio-economy of Sarawak,” he said.

Meanwhile, the issue of psychometric test continues to be the talking point.

Manyin said the reason for the test was to find out job suitability for those applying to become teachers.

He even jokingly suggested that politicians should also sit for the test to find out whether they are qualified to be in politics, which prompted Wong King Wei (DAP – Padungan) to disagree because of the fear it might be used to disqualify an assemblyman.

Manyin said he was just joking. “The problem with DAP is that you always presume”.