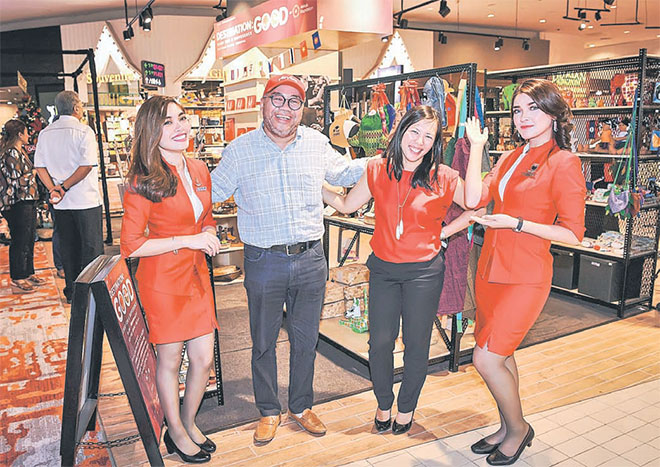 SEPANG: A total of 200 products from 25 Asean social enterprises is now on sale at the Kuala Lumpur International Airport 2 (klia2) as AirAsia Foundation launched its first social enterprise pop-up shop at the airport here yesterday.

Named ‘Destination: GOOD’, the pop-up shop or kiosk sells lifestyle products, gift items and handicrafts produced by 25 social enterprises from seven Asean countries. Among the items available at the shop are shadow puppets made from cowhide by Cambodian Living Arts and pet toys made of disposed fire hoses and aircraft internal waste material such as seat belts from AirAsia planes produced by APE Malaysia.

Add to that, purses designed with artwork by disadvantaged children by Tohe, a Vietnamese social enterprise. AirAsia Foundation Executive Director, Yap Mun Ching, said the shop began operations in August in conjunction with the Asean anniversary celebration. “The shop just broke even recently. 70 per cent of the proceeds go to the social enterprises while the other 30 per cent is for maintaining the shop,” she told reporters after the launch of Destination: GOOD pop-up shop at klia2 here yesterday.