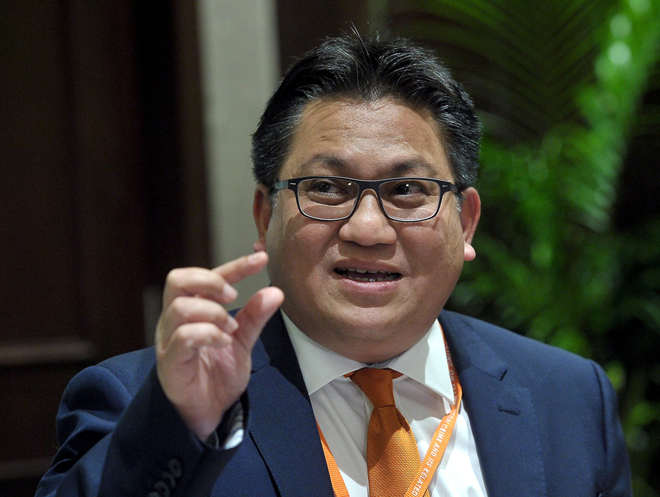 JOHOR BAHRU:  The Immigration Department has been lauded for setting  up a special committee to investigate the RM13.04 million cash found in an anti-vice raid in Sabah two days ago.

Deputy Home Minister Datuk Nur Jazlan Mohamed was confident with the special committee, the Immigration Department would be able to resolve the case as soon as possible.

“We (ministry) want to know whether this is an isolated case or part of a big syndicate that uses illegal immigrants for prostitution as it has to do with human trafficking,” he told reporters after breakfast with the people at Warung Pak Lah, Dataran Utama, Taman Kempas, this morning.

Nur Jazlan said the discovery and seizure of RM13.04 million was a huge success for  the Immigration Department in its operation to combat prostitution involving illegal immigrants in this country.

“This shows the large amount of money in the prostitution industry  and it must be curbed.”

Immigration found the cash in a raid on a hotel in Kota Kinabalu on Friday (Nov 24), which also saw the arrest of 17 Filipino women, believed to be victims of prostitution syndicates.

Nur Jazlan also said the government was studying the Tracking Refugees Information System (TRIS)  after the completion of the Proof of Concept  (POC) programme on Sept 30.

“Some 3,500 United Nations (UN) High Commissioner for Refugees (UNHCR) cardholders have registered under the POC programme. It semms to be a success  and the ministry wants to extend it.”

TRIS aims to collect data, identify and verify those who receive cards from UNHCR. The data can be used by the Immigration Department  and Royal Malaysian Police (PDRM). – Bernama