Saturday, August 20
You are at:Home»News»Sarawak»Sarawak Pay’s transaction volume over RM106,000 in 8 days – CM 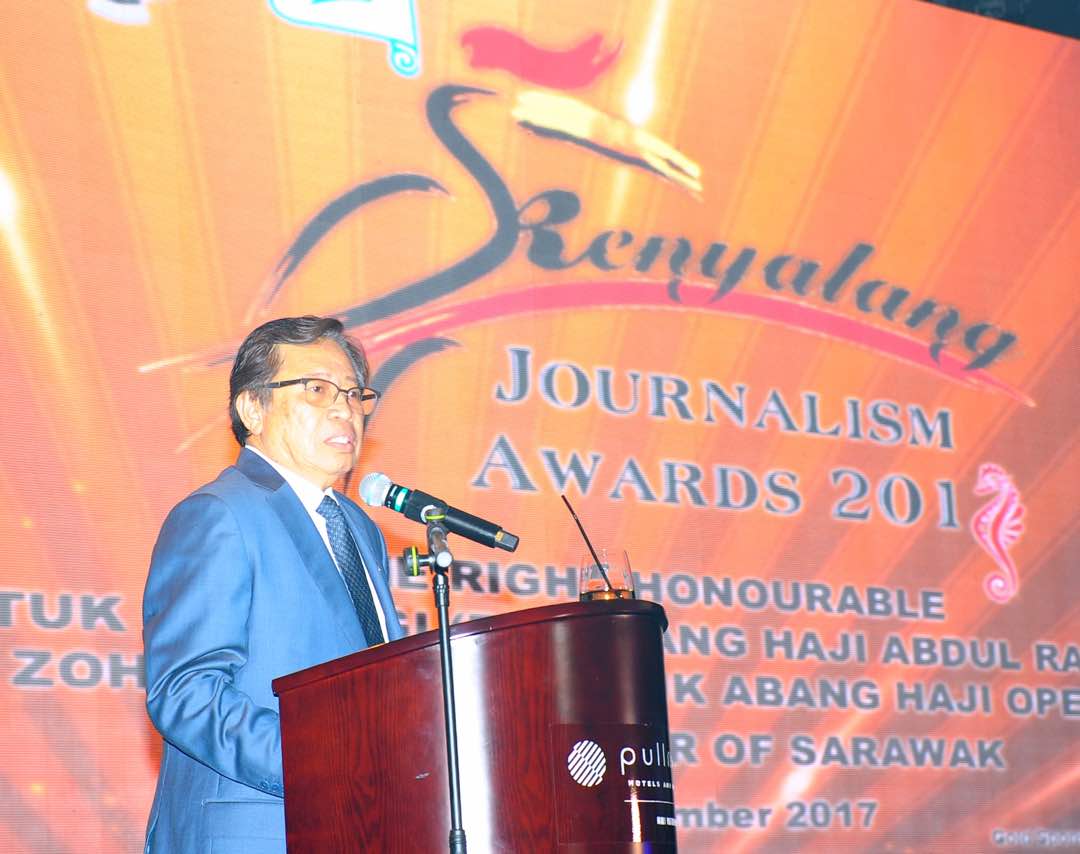 CM addressing the journalists during the Kenyalang Journalism Awards dinner.

MIRI: Sarawak Pay made a breakthrough within eight days, with the transaction volume going over RM106,000.

“I must tell you that I was quite surprised that the transaction volume of Sarawak Pay is over RM106, 000 in just a matter of eight days,” he said at the 29th Kenyalang Journalism Awards 2017 held at Pullman Hotels Miri last night.

According to Abang Johari, the Sarawak government is  going digital for financial transactions through Sarawak Pay and will continue to go all-out digital.

“The state government will have to be very visionary to develop the state. We are fortunate that we are blessed with a lot of resources but these resources need to be reprocessed  and we need markets to sell these products.

“With e-commerce, digital transactions reach the global market. The state government is going the right path with Sarawak Pay,” he said.

Abang Johari also noted that if Sarawak Pay were to be extended to Peninsular Malaysia, the people can make payments using their mobile phones.

He added that even the Singaporean deputy prime minister had suggested linking with Singapore, as the republic already has its own digital payment system.

On that, Abang Johari said he will ask Bank Negara for approval, as it is a matter between the Malaysian and the Singapore governments.

“If it is approved, Singaporeans and Sarawakians will only need to use mobile phones to pay, which is also good for tourism,” he said.