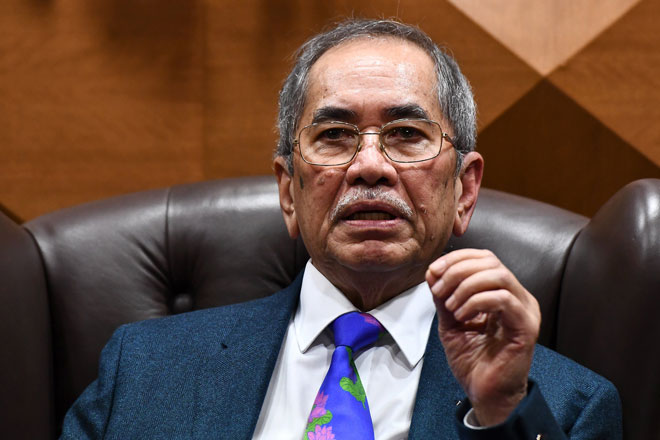 KUALA LUMPUR: The Ministry of Natural Resources and Environment (NRE) is mulling to introduce a special law in marine and coral reef ecosystem conservation.

Its minister Datuk Seri Wan Junaidi Tuanku Jaafar said through the proposed legislation, stricter deterrent measures would be taken against anyone found polluting and threatening the sensitive marine ecosystems.

“With the new law in place, a more rigorous approach will be taken whereby a person caught for example, causing oil spills though he has no intention of polluting the sea, would still be held responsible and liable to prosecution,” he said.

The minister said the country’s waters, for instance, off the Straits of Melaka and Johor, were sensitive to pollution, and those involved with sea activities should be concerned over the matter.

Wan Junaidi said the preservation of marine ecosystems should be given high priority in view of the fact that marine wealth not only provided benefits to humans but also affected climate change and global warming.

The ministry, he said, was working with Australia on efforts to protect coral reefs and marine life.

“We have signed a memorandum of understanding with Australia which is willing to share expertise, new technology and provide training for this purpose,” he said.

He said the ministry was also reviewing Australia’s recommendations on the use of a certain kind of snail as a natural predator to control the population of crown-of-thorns starfish which were causing significant damage to reefs in Australia.

Meanwhile, he said comprehensive planning was necessary to ensure more effective and sustainable water management in the country.

According to him, the proposed bill on sustainable water management would also ensure more organised and efficient mechanisms on the sale and transfer of water from one state to another.

In another development, Wan Junaidi said Malaysia had successfully met all the stringent criteria in applying for the Green Climate Fund (GCF) which was created to support efforts of developing countries in implementing mitigation projects in response to climate change.

GCF was set up by 194 countries who are parties to the United Nations Framework Convention on Climate Change (UNFCCC) in 2010, as part of the Convention’s financial mechanism.

Malaysia has pledged to cut carbon emission intensity by 40 per cent by year 2020. — Bernama