Tuesday, January 25
You are at:Home»News»Sarawak»Brothers drown after car plunges from ferry into river 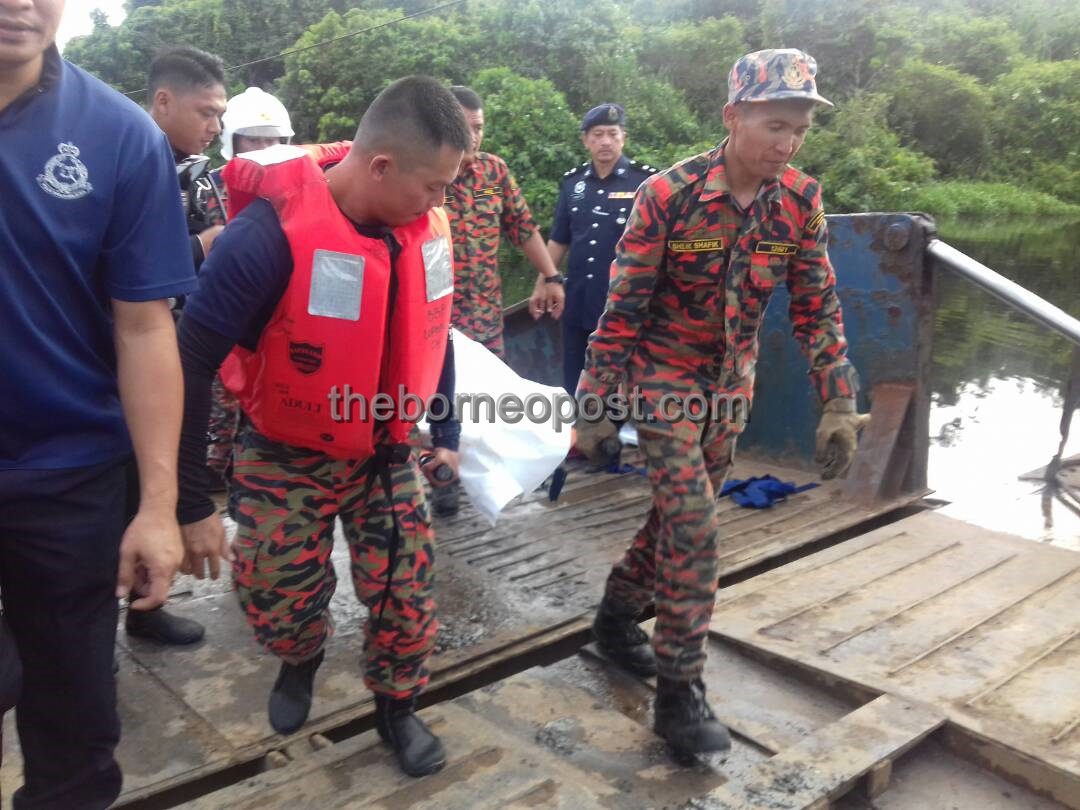 Personnel from Lopeng Fire Station carrying one of the bodies using a stretcher after they were retrieved from Sungai Liku today. 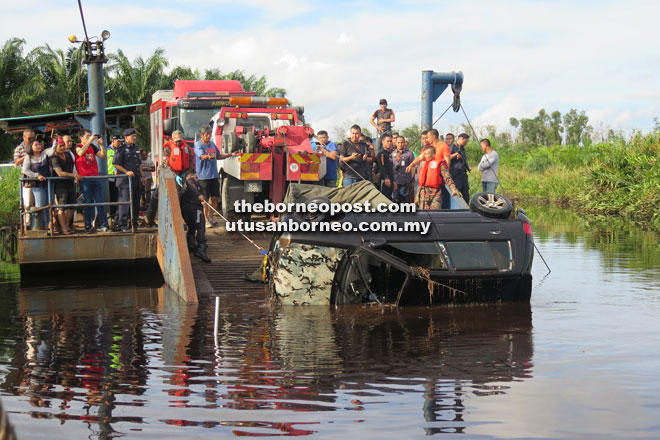 The siblings’ car is pulled out from the river using a tow truck. 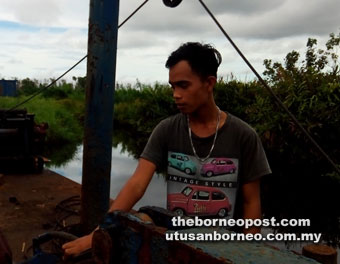 Musa recounts the incident to reporters at the scene.

MIRI: Two brothers drowned after their car plunged from a ferry into Sungai Liku, near Kuala Baram yesterday.

The siblings have been identified as Gary Neville Willson, 21, and Gabriel Bryan Sibak Willson, 23, from Kuching.

Rescue divers from the Fire and Rescue Department here initially located and retrieved the brothers’ vehicle around 4.30pm, but found no one inside.

The search operation continued and led to the eventual discovery of Gary’s body at 5.01pm, followed by Gabriel’s at 5.27pm.

According to their uncle, Bonnie Medan Imai, 25, the siblings arrived here from Kuching by bus on Monday.

“I was working at an estate across the river and the two had wanted to come to my place to send their belongings from their previous workplace.

“They had both left their jobs at a nearby estate about a month ago, but returned here to retrieve their belongings to pass to me for safekeeping,” he said when met.

When asked how he came to know of the incident, Bonnie said Gary and Gabriel had called him around 8am yesterday to inform him that they would be heading to his workplace.

“They left their former workplace around 11.30am and were supposed to have arrived at my place around noon.

“I waited for quite some time but they never showed up. I was anxious so I contacted our relatives working at their former workplace and they told me that the two had left using a black compact car,” he said.

Bonnie said he later heard from security guards at his workplace that a car – similar to the one his nephews were travelling in – had plunged into the river from the ferry and immediately rushed to the scene.

Meanwhile, a security guard at the ferry point, Musa Man, 23, said he witnessed the entire incident.

“I saw both victims inside the car as their window was partially open. Before I could check on them and collect the fare, the car suddenly lurched forward and plunged into the river.

“It happened so fast that I couldn’t do anything,” he said.

Musa said one of the brothers – later identified as Gary – surfaced shortly after but dove back into the river in what he believed was an attempt to save his sibling.

“I saw him and he was alive. Before I could say a word, he dove back into the river and that was the last time I saw him,” he said, adding he immediately alerted his superior who then contacted the police and Fire and Rescue Department.