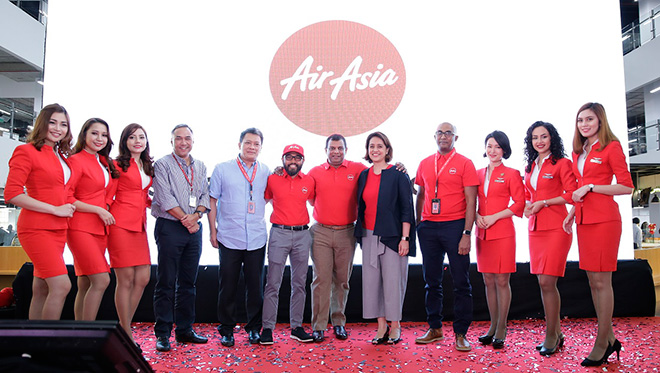 Fernandes commented: “On behalf of the board members and AirAsia Allstars, we welcome the appointment of Riad as the CEO of AirAsia. Riad is no stranger to AirAsia as we have known him since Caterham F1 days where he was the president reporting to Datuk Kamarudin and I.

“He has also dealt with GE and Airbus during that time in terms of sponsorship and technology collaborations.

“Hence, we are fully confident that Riad will lead the company into the next phase of its development. Riad’s appointment and Aireen’s transition will provide support for continued success.”

Aireen’s appointment signals AirAsia’s determination to successfully transform itself from an aviation company into a digital corporation. This appointment underlines as well the fact that AirAsia is restructuring its priorities to optimally maximise the enormous potential of the Fourth Industrial Revolution.

Digital transformation will be Aireen’s priority, where she will be spearheading the non-airline companies such as BIGPay, BIG Loyalty, ROKKIShoppe.com, ROKKI Portal, Travel360.com, Vidi, RedTix, AirAsiaGo, BD4H, RedCargo, Red Box and Santan.

Additionally, Aireen will oversee large, strategic group-wide initiatives and help transform AirAsia into a global, cloud-driven product and platform company. Aireen will be responsible for AirAsia’s digital strategy, promoting innovation throughout the group and encouraging collaboration across AirAsia’s businesses and markets.

She will also continue to lead the corporate services sector for the AirAsia group, which includes risk management, government affairs and corporate development.

In accepting the appointment as CEO of AirAsia Malaysia, Riad said, “I am humbled and honoured to lead AirAsia Berhad as the CEO. AirAsia which was recently named the World’s Leading Low Cost Airline for the fifth year in a row at the 2017 World Travel Awards grand finals, in addition to the Skytrax’s nine times World’s Best Low Cost Airline title is indeed a world champion in the industry. I am looking forward to working closely with the co-founders Tan Sri Tony, Datuk Kamarudin, the Board of Directors, the dynamic management and over 22,000 dedicated Allstars to continue achieving greater heights for the company.”