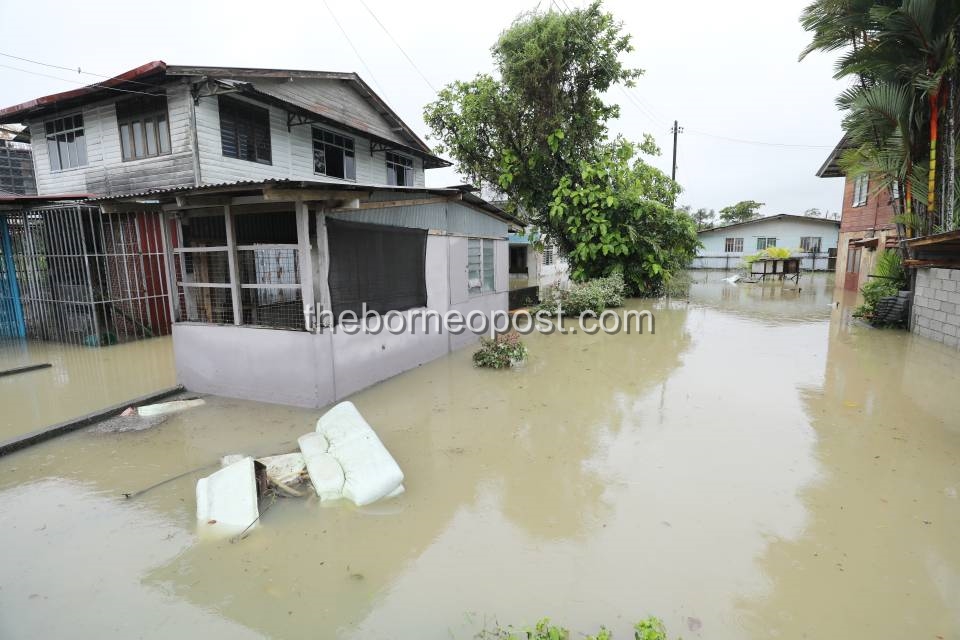 Photos of flash flood in Tabuan Dayak taken by Chimon Upon 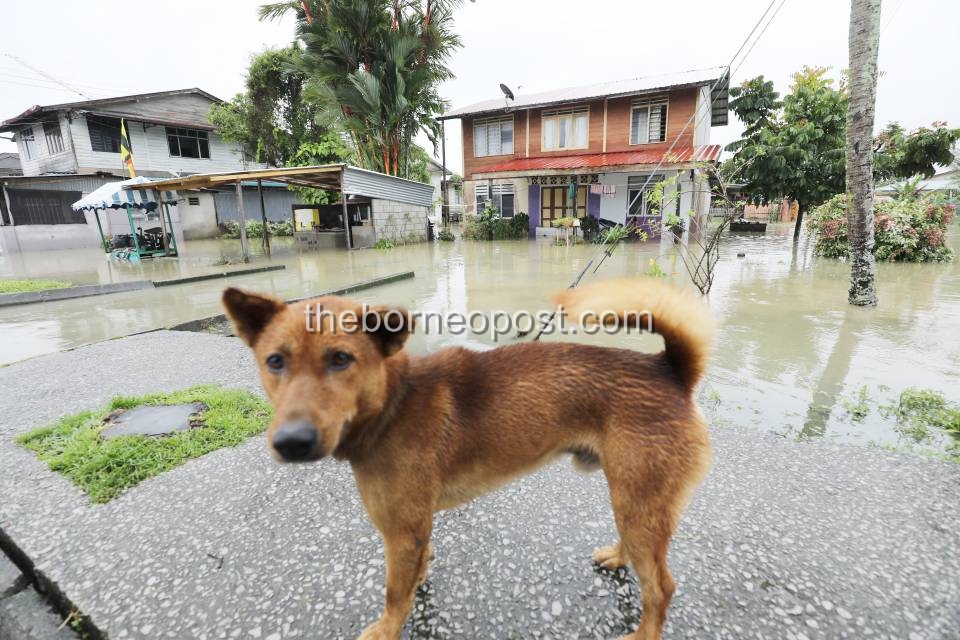 A dog chained up to a lamp post while surrounded by flood waters. 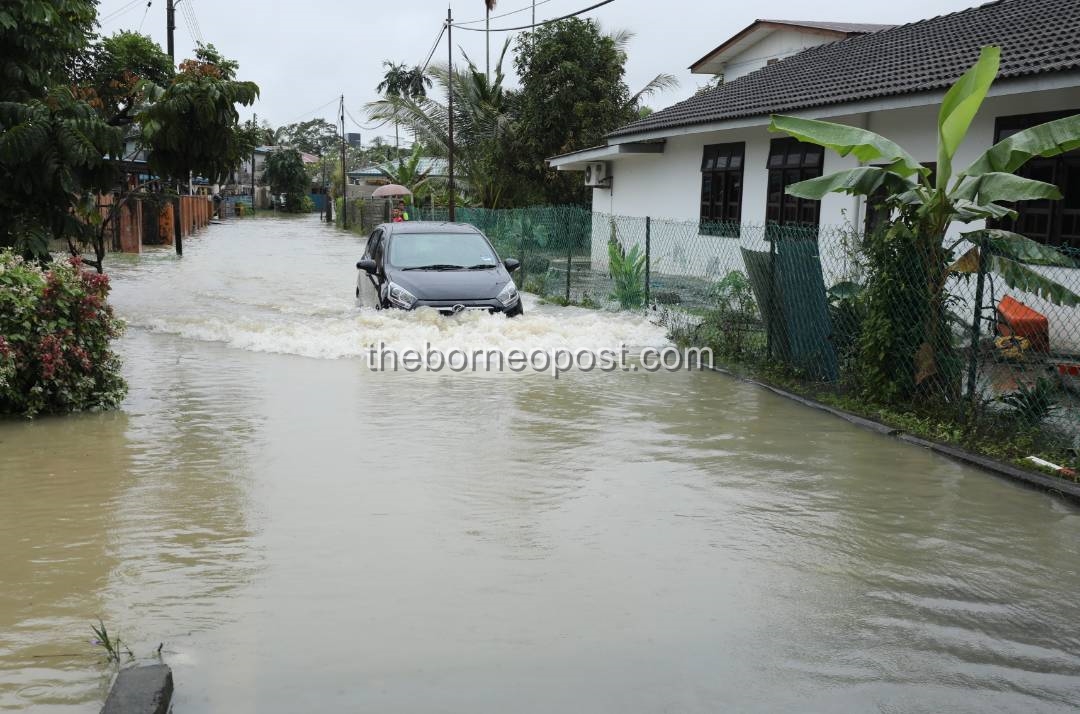 A car passes through a flooded lane in Tabuan Dayak.

A resident of Kampung Tabuan Dayak told The Borneo Post that the water started flooding his area at around 3am following the heavy downpour.