Saturday, October 8
You are at:Home»News»Sarawak»‘Need to review state’s policy, framework on heritage assets’ 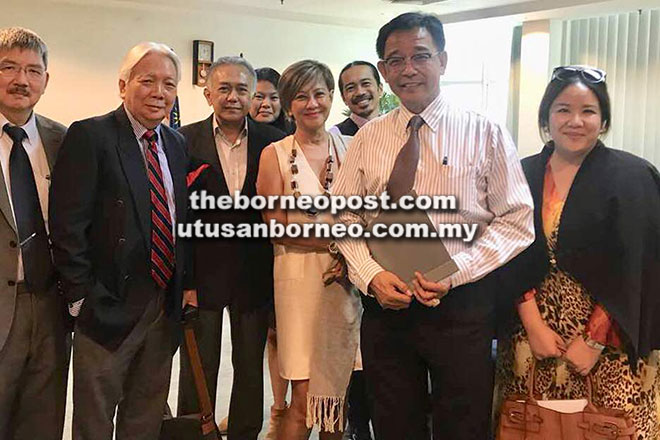 “This is to ensure that heritage management is consistent and coordinated with a clear partition of scope, not overlapping with that of the Sarawak Museum’s,” he said.

Acknowledging the delicate tension between heritage conservation and development, Abdul Karim believed that a pragmatic balance between economic development and conservation could be achieved when a proper heritage management framework is in place.

He made these remarks after receiving a courtesy call from Sarawak Heritage Society (SHS) executive committee members at his office in Bangunan Baitulmakmur in Petra Jaya here recently.

Through a press statement yesterday, SHS said with innovative planning and adaptive reuse, integrity of the state’s cultural and built heritage would not have to be compromised.

Among the areas proposed was a built heritage baseline study, using independent consultants that would include a technical assessment of buildings and documenting heritage assets within defined ‘heritage zones’ of Kuching.

The results of such a study would provide valuable input for heritage management, city planning and urban rejuvenation.

Also present at the courtesy call were Tazudin Mohtar and Harry Johia, representatives of the Sarawak Museum.

SHS was set up as a non-partisan, non-governmental and non-profit organisation in 2007. Its mission is to promote the conservation, permanent preservation and sustainable management of Sarawak’s unique cultural heritage assets, both tangible (buildings, monuments, sites, cultural landscapes, objects) and intangible (traditional arts and crafts, customs and traditions, food).

More details can be obtained via sarawakheritagesociety.com and the SHS Facebook page.