Friday, May 20
You are at:Home»Features»Revitalising and digitalising District 93000 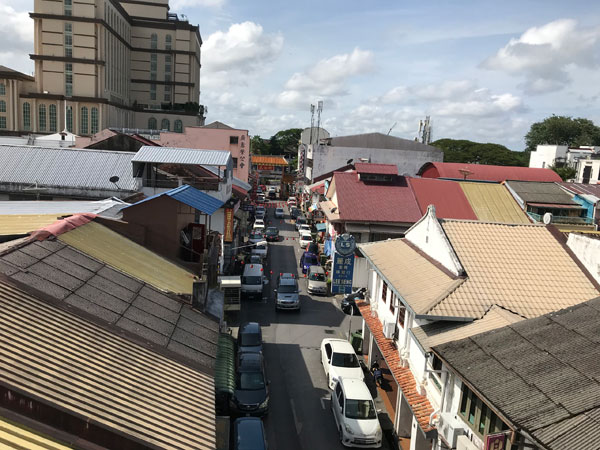 ONE afternoon, I decided to take a stroll across the new Darul Hana Bridge, the latest landmark connecting both banks of the Sarawak River — from the point of Main Bazaar under Kuching City South Council (MBKS) and that of the State Assembly building in Petra Jaya under Kuching City North Commission (DBKU).

A unique architectural structure and design, blending the various local cultures with a touch of modernity, has made this new pedestrian bridge a must-see-and-visit landmark at the renowned Kuching Waterfront.

From the bridge, one can have a fantastic view of the whole Kuching Waterfront area — from the Kuching Mosque right down to the Golden Triangle. And on the opposite bank, the scenery is breathtaking as well with a clear view of the historically-steeped Astana and the imposing DUN Complex set amidst a landscape dotted by Malay kampungs. 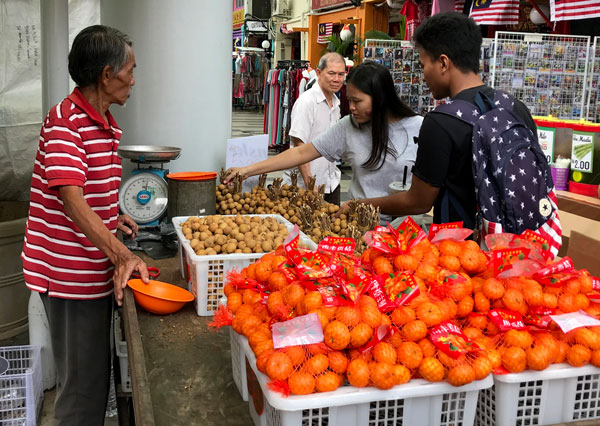 The Old Kuching Central is made up of all the shophouses along the various streets of the State capital — from the Kuching Mosque right to the Tua Pek Kong Temple. The whole area consists of many heritage sites, including about 700 shops more than 100 years old, the Post Office Complex, the famous Sarawak Museum, the historical Padang Merdeka, the Sikh Temple, Chinese temples, the Central Police Station and the modern Plaza Merdeka. Also in the vicinity are the St Thomas’ Cathedral, the Yayasan Sarawak Building, the Saujana Car Park, the Electra House and the Merdeka Place Hotel.

According to Kuching City South Council mayor Dato James Chan, the area which he grew out of Carpenter Street has changed tremendously over the years.

“In the 1950’s when I was a kid, Carpenter Street was different than it is today. In those days, most of the shops were selling sundry goods. And the road used to be two-lane. The Street and the shops were always full of people and activities as it was a major commercial centre in those days,” Chan told thesundaypost when met recently at his favourite kopitiam, located below the Hainam Temple, along Carpenter Street.

He opined that like their counterparts at the other streets of the Old Kuching Central, shop owners and tenants at Carpenter Street must adapt to change in order to survive the ‘very challenging ways of doing business’.

“In a lot of ways, Carpenter Street still maintains its heritage but its character has changed to suit changing needs. Now most of the shopkeepers are focusing on tourism by opening bed and breakfast premises (B&B), souvenirs shops and even pubs. This is a positive sign even though many are still involved in traditional businesses like operating goldsmith and furniture shops as well as kopitiam,” he noted.

One such enterprising individual is Averil Hon. She has renovated an old shop, which she rents, and turned it into a modern café and bistro called lima.tujuh.

“What we have here at lima.tujuh is a new concept that captures the old lifestyle of Carpenter Street. In that regard, besides the bistro, we also offer room services to our visitors,” she explained.

What is amazing about her new concept is that she has been able to fuse various cultures to give her premises a unique setting without compromising on the rich cultural and architectural heritage of Carpenter Street.

To sell her services overseas, she has gone online and turned to social media, including Facebook. Through digital technology, she has managed to get visitors as far as Europe to stay at her lodge, consisting of four rooms for nine people. She also has a nearby lodging premises called Mamasan for an additional 24 guests.

But to attract more visitors and tourists to Carpenter Street, Hon suggested more events be organised on a regular basis.

“Once we have these, for instance, like the Annual Moon Cake Festival, more people are likely to come. In this way, we can create a vibrant environment which is good for the whole business community here,” she said, adding that there was also a need to improve the infrastructure such as the drainage system. 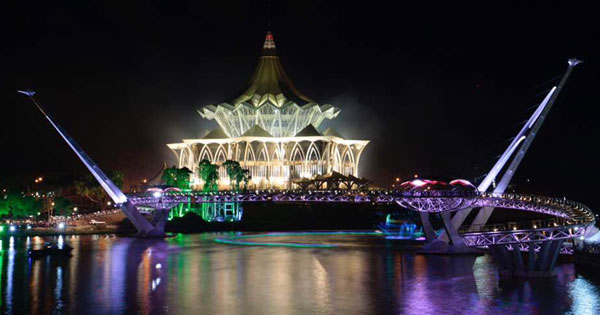 As a third generation operator of a coffeshop next to Hainam Temple along Carpenter Street, Kapitan Lim Chuan Chan revealed he inherited the business from his father.

“This coffeshop in now about 101 years old. And as I’m also getting older, my son is taking over.”

Lim said to help his son adapt to the new business environment, he would let junior think for the future of their business.

“Food business is all about being able to connect with people — not just selling nice food and drinks. But the premises should also be a place where people can feel at home and safe, especially if they come with their family. For that, we can assure our customers Carpenter Street is safe. We have been instilling good values in our people, including the younger generation,” he added.

Taking the cue from Lim, whom he fondly calls ‘Uncle Lim’, businessman Wong Soon Eng has opened a pub in the area.

“Most of my customers are orang puteh but there is an increasing number of locals as well, especially during weekends,” enthused the 37-year-old who also uses social media to promote his business.

Meanwhile Alex Yong, who owns 328 Gallery Sdn Bhd along Main Bazaar, dealing in antiques, handicrafts and souvenirs, said using digital technology to market his products is now a must.

“Without digital technology, I won’t be able to reach out to potential customers as far as the US and Europe. We used to have walk-in tourists and visitors in the past but now, even if they come, they might not want to buy. So we have to sell online or through other means on social media such as Facebook.” 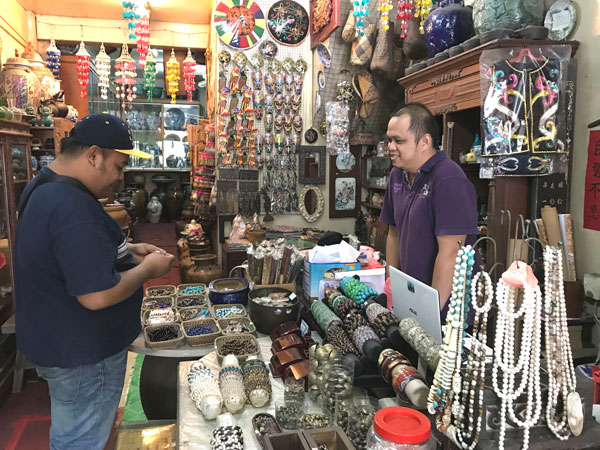 Yong (right) attending to a customer.

Coming to terms with reality is a harsh decision the shopkeepers in Carpenter Street have to face head-on, according to Assistant Secretary of Kuching Old Market Community Association Sim Kiang Chiok.

He stressed that shopkeepers in Carpenter Street must focus on tourism-related businesses as the area is now well known as a tourist spot among locals and foreign visitors.

“Carpenter Street itself is a rich historical heritage. We have been earning our livelihood here for generations. And it’s only practical that we attune to the latest trend otherwise it’s going to be tough surviving economically.”

Sim hoped Carpenter Street could be turned into a pedestrian street during weekends and public holidays so that more people would be encouraged to come and spend time there.

“At the same time, we need to create more theme events. These will help to bring better business opportunities.”

“We now hold the record of holding a festival along the 350-metre Carpenter Street. It’s hoped everyone in the neighbourhood will take advantage of what we have been doing and also the very fact that we have a very rich historical heritage in Carpenter Street,” enthused Sim, a successful developer. 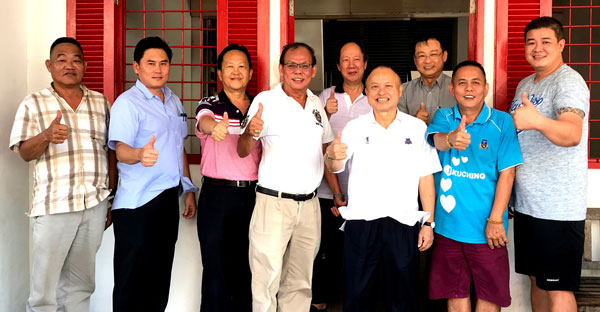 Due to the increasing challenges of doing business at the Old Kuching Central, DBKU member Dato Wee Hong Seng has proposed setting up ‘District 93000’ based on the postcode of the area.

According to him, the proposal is aimed at turning the whole area into a vibrant commercial and trading hub.

“To compete with the many shopping complexes and the new ones coming up in Kuching, we have to change the concept for the whole area by operating as one business community using modern means, including online and social media.

“Of course, we will try to retain the spirit of the old district and the essence of the social and business life of the residents. If we can do this as a community, then we can move forward as an entity. And hopefully with that kind of spirit, we will prosper together.”

“We’re now in the midst of drawing up our proposal and will be getting feedback from the community before finalising it.”

Wee said with proper planning and cooperation from all stakeholders, there should be ample business opportunities, considering an estimated 500,000 visitors pass through the area each month.

“This is a huge number of people with the potential to spend — if we can make use of all the necessary resources to get them to spend.

“On top of that, we must adapt to the latest technology such as digital economy as envisioned by Chief Minister Datuk Patinggi Abang Johari Tun Openg in order to reach out to our potential customers, both locally and overseas,” added Wee, who owns a textile and fabric shop in India Street. 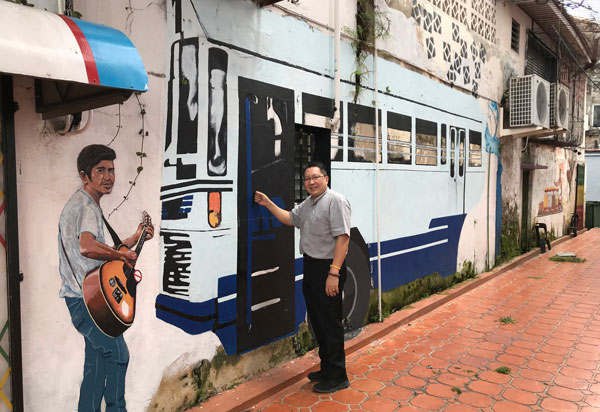 Wee pointing to a street mural of a bus which has been part of public transport system in Kuching since the old days.