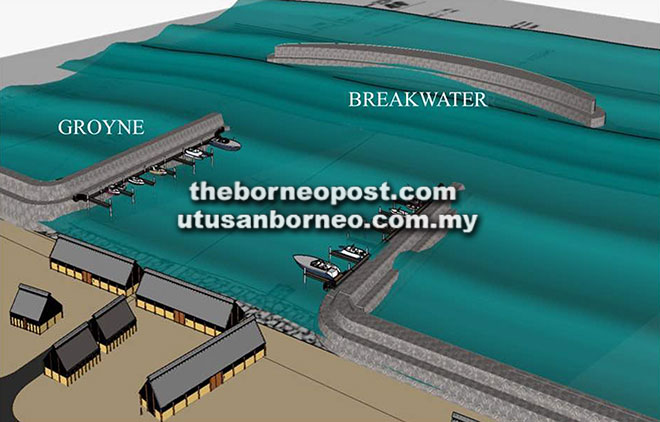 MIRI: The fishing community at Kampung Batu Satu in Kuala Baram celebrated the last day of 2017 with a sigh of relief.

The Santubong MP announced a RM25-million marina concept project to upgrade the fish market and beautify the market area.

He told the media that the three-year project would bring an end to the coastal erosion that had damaged the fish market, boat shed and the nearby stretch of Kuala Baram. 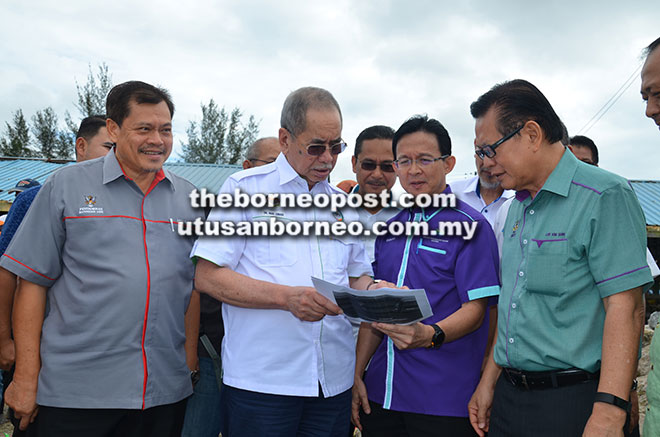 (From second left) Wan Junaidi, Chok and Lee looking at the project’s artist impression while Miri district officer Abdul Aziz Mohd Yusuf 1and others look on.

He said the design concept was similar to the one in Terengganu and when ready, it would not only control coastal erosion but would also be a tourism icon for Sarawak.

“Such a project has been implemented in the peninsula and found to be effective in controlling erosion with the revetment withstanding the big, high waves hitting it,” he added.

He said the tender for the project would be called around March next year and he expected construction work to commence in June of the same year.

He explained the project would comprise the building of a breakwater, Geotube and beach nourishment besides increasing the height of the boat ramp area in the market to stop sea water from entering the area. 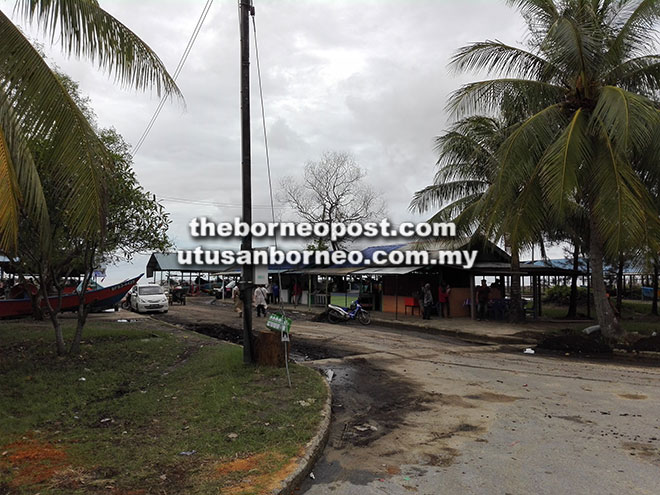 The existing fish market and its surrounding area at Kampung Batu Satu will get a facelift soon.

From the state government perspective, he said Assistant Minister of Tourism, Arts and Culture Datuk Lee Kim Shin would look for funds to beautify the fish market once it is completed.

“Once all these development plans are implemented, the market will be another tourist attraction for people to get fresh sea products but also a perfect place for people to eat seafood and conduct water-based recreational activities.

“I will not be surprised that you can have a hotel, resort or homestay style accommodation here for tourists. This is something good to change the economic landscape of this fishing village.”

Lee, who is also Senadin assemblyman, was as happy  as the fishermen community  over the announcement, and hoped the people of Kampung Batu Satu would give their total support to the project.