Sunday, November 29
You are at:Home»Business»Pikom signs five MOUs for SMEs to adopt eCommerce 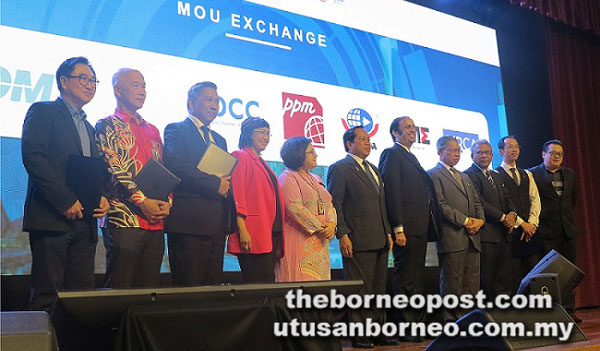 The move is in line with the Government’s National E-Commerce Strategic Roadmap to boost eCommerce adoption among Malaysia’s SMEs. Under the Roadmap, the goal is to double the number of eCommerce-enabled SMEs from the present 180,000 to 350,000 by 2020.

Under the MoU agreements, Pikom will assist members of these associations to onboard to eCommerce by partnering them with Pikom’s technology enabler member companies which include payment gateway providers, logistics providers and e-commerce platform providers.

Pikom chairman and E-Commerce Malaysia Chapter chairman, Ganesh Kumar Bangah said through this, the association will act as the platform to link local SMEs to over 100 of its technology enabler members via its new Pikom eCommerce Fair.

“Through the Pikom eCommerce Fair and via the five respective associations’ networks, we could possibly reach out to the over 700,000 local SMEs to help them tap on the knowledge and expertise of Pikom’s wide range of Technology Enablers members to be successfully onboarded to eCommerce,” he said in a statement.

Held monthly, the Pikom eCommerce Fair is expected to kick off in the first half of this year. It is an ongoing platform to link partner association members to Pikom technology enabler partners.

The signing of the five MoUs also helps generate greater consumer demand – both local and from abroad, for the associations’ eCommerce merchant members via #MYCYBERSALE 2018.

Ganesh explained, “As evidenced from #MYCYBERSALE 2017, Malaysian SMEs can become global exporters via eCommerce. I am positive that Pikom can help our SMEs make the transition into digital retail and be part of the growing eCommerce market.”