Friday, May 20
You are at:Home»News»Sarawak»Proceeds from Kuching Heritage Race 2018 go to charity 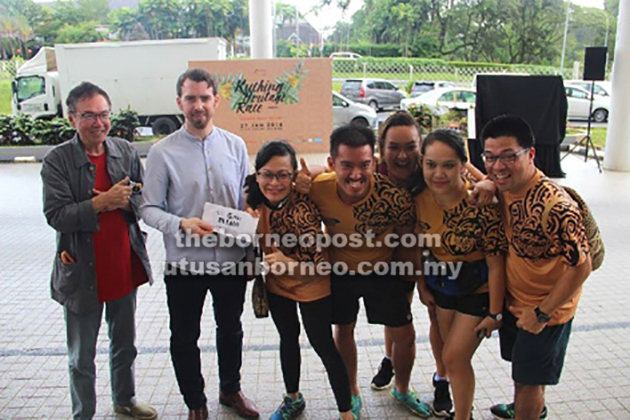 The House of Joy and the Community-based Rehabilitation Centre (PDK) of Petra Jaya each received RM20,000 to assist in their work with individuals with special needs.

Moreover, the father-daughter ‘Team Bicycle’, who placed third in the race, willingly donated their prize money to charity.

The overall winner was the team from Sarawak Convention Bureau, who clocked 138 minutes, while the first runners-up were ‘Beauties and the Beasts’, who also won the ‘Best Dressed Team’ prize.

The competitors followed a map and a ‘passport’ with clues that required them to find 20 different stations, where they had to accomplish a task or activity at every station.

Over 130 volunteers helped to coordinate the stations to ensure the race ran smoothly.

Grandson of the last Rajah Muda of Sarawak, Jason Brooke flagged off the race and presented several prizes.

It is learnt that the next edition of the race will kick off on Jan 12 next year.