Wednesday, July 6
You are at:Home»News»Sarawak»Longhouse which is just 75km from Miri has no water supply 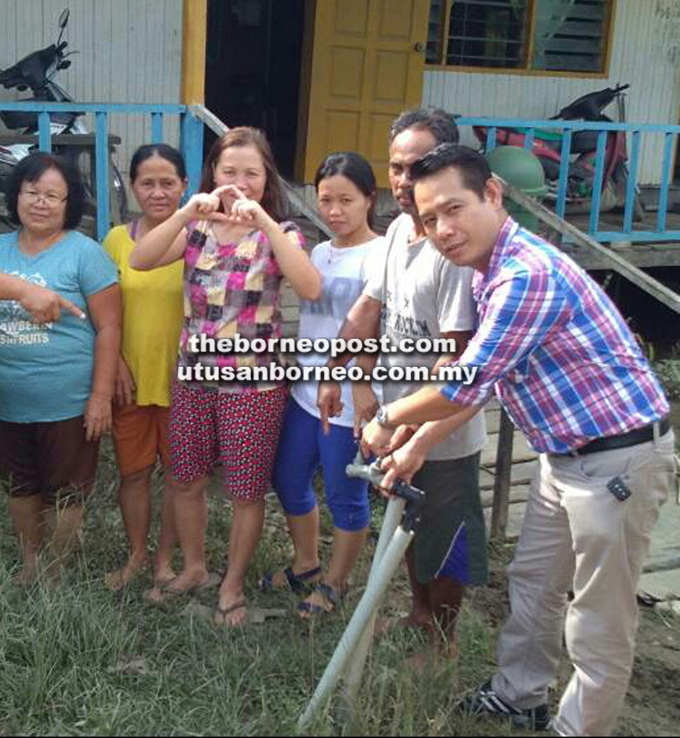 Elias (right) shows an installed pipe that supplies no water.

MIRI: Rumah Unsa in Sungai Nat, Tinjar is just 75km from here but the 20-door longhouse has no treated water supply.

The around 120 residents were apparently promised the facility in 2015.

According to longhouse folk, a large pipe was installed in the area but until today no water has flowed through it.

“It is as if the big pipe was only installed as decoration for our longhouse and we do not know when it will start to supply water,” said one of the villager.

Currently the longhouse folk depend on a nearby river for their daily needs.

“But it is a problem when the river is too muddy after the rain. It is worse during the dry season as well, that we have to find other alternatives for water supply,” said the villager.

“We are really sad to see what they have to go through every day to get water. Such a problem should not exist anymore in this time and era.

“Therefore, we would like to appeal to the relevant authorities and the peoples’ representatives here to come and look at the problem, as well as provide necessary assistance to the longhouse folks,” he said.