KUCHING: A amendment to the Adat Bidayuh 1994 on matters concerning land has been drafted following a meeting at the Dayak Bidayuh National Association (DBNA) headquarters here recently.

Attended by DBNA supreme council members, Bidayuh Council of Elders and Bidayuh community leaders, the meeting was held as follow up action to the Conference for Community Leaders on Pemakai Menua and Pulai Galau held on Jan 24 and 25.

The community leaders had agreed to come up with the amendment to the Adat Bidayuh 1994, which was to create a new chapter on native customary land tenure system and to insert new sections which amongst others covered definition and categories of native customary rights land. 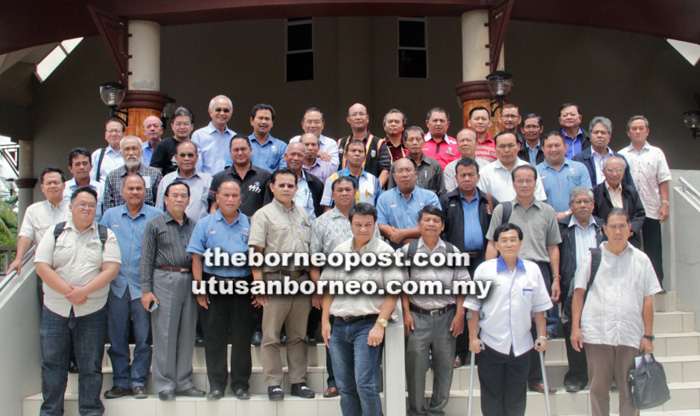 The attendees pose for a group photograph at the end of the meeting. Austin, Ik Pahon and Henry Bujang can be seen at back row, from fourth to sixth left.