Friday, May 20
You are at:Home»News»Sarawak»‘Changes needed for world heritage city status’ 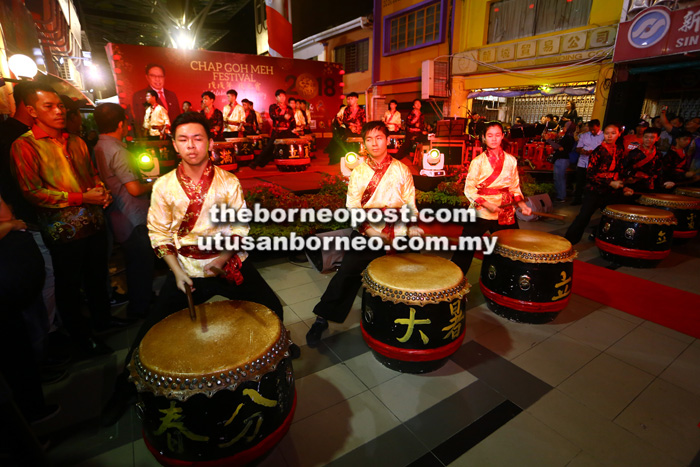 Students staging the ‘24 Seasons Drums’ during the festival. — Photos by Muhammad Rais Sanusi

KUCHING: The state government can amend the Sarawak Cultural Heritage Ordinance 1993 and set up relevant departments to help realise its vision of turning Kuching into a world heritage city.

“The government has created a heritage zone in Kuching which is a step forward towards realising the vision of making Kuching a world heritage city.

“This is the first step of many more steps which will be needed. More importantly, it will need the collaboration from many stakeholders.

“The government can drive its initiatives by making changes in the ordinance and set up departments to coordinate efforts to protect and enhance our heritage,” he said as the organising chairman for the Chap Goh Mei Festival 2018 last Saturday night.

Wee pointed out that there is also a need to source help from consultants and planning experts as the state pursues its development without having its heritage sidelined.

“For example, in our work on the Unity Park, we are working with many experts to maximise the landscape and highlight the heritage of the Unity Park.

“We will also need to crowd-source help from the public to bring awareness to our heritage. Putting all of this together, tourists coming to Kuching will be able to enjoy, learn and embrace our unique heritage,” he said.

He added that it is pivotal for everyone to participate in the efforts to protect and enhance the state’s heritage.

Wee said India Street Pedestrian Mall “is a wonderful place situated in the middle of Kuching City, which is close to our hearts as Kuchingites” and “is a popular place for city dwellers to do their daily activities”.

“Through time, this place remains popular to everyone in Kuching city as well as visitors from other parts of Sarawak to do their festive shopping and also for parents to shop for school uniforms for their children.”

He also stressed the importance of embracing social media to promote tourism in the city.

“I encourage you to embrace technology and leverage them to help introduce Kuching to the world.

“Imagine conducting a tour using the smartphone and that could be viewed by tourists from as far as China, England and Canada,” he added. 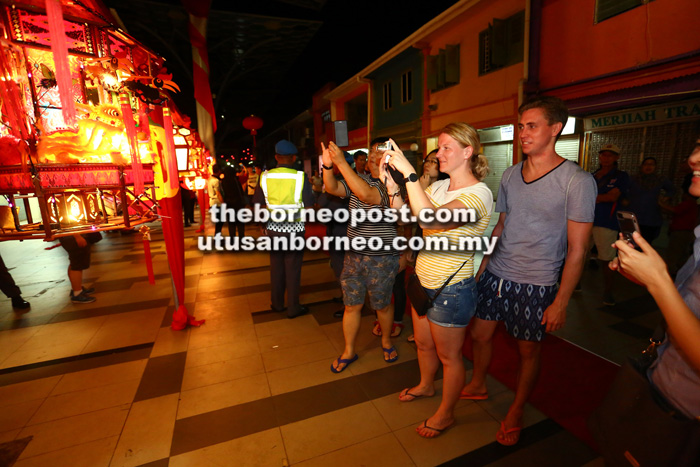 Some foreigners taking photographs at the lantern show.