Friday, July 1
You are at:Home»Columns»Some day you will read or hear …. 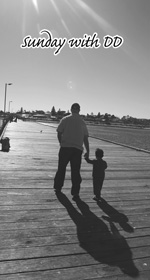 SOMEDAY you will read or hear that Billy Graham is dead. Don’t you believe a word of it. I shall be more alive than I am now. I will just have changed my address. I will have gone into the presence of God.

This has been the most viralised quote of the late American evangelist Billy Graham in the wake of his death on Feb 21, 2018, at the ripe old age of 99.

You may also have received an elicitation attributed to this great man in your WhatsApp, come across it in your Facebook newsfeed, perhaps another one in WeChat, or seen excerpts of his homilies quoted in news portal.

In fact, I first heard a Billy Graham-like quote in 2007 in a Easter sermon by preacher Dr Dennis Ngien at my hometown church.

“One day, if you read in the newspapers in Sibu that Dr Dennis Ngien has died, don’t you believe a word of it. I am more alive than I am now,” he said.

It was a stirring remark that captured my heart and prompted me to do some serious Bible studies and pore over various biblical commentaries.

One day, I discovered that the original version of this particular quote had actually appeared in the first line of the autobiography of the 19th Century’s most prominent preacher and evangelist, Dwight Lyman Moody, which was released in 1900.

The line reads: “Someday you will read in the papers that DL Moody of East Northfield, Massachusetts, is dead. Don’t you believe a word of it! At that moment, I shall be more alive than I am now. I shall have gone up higher, that is all – out of this old clay tenement into a house that is immortal – a body that death cannot touch; that sin cannot taint; a body fashioned like unto His glorious body.”

Did I cry foul over lingering hints of plagiarism, emanating from my hometown church that Easter morning, as unlikely as it may have been?

Or more specifically, having heard this, will you cry foul and say Graham was patterning himself after Moody or making quotes of others his very own?

As Graham had modelled significant aspects of his ministry after Moody, it seems plausible that he would apply ‘this promised destiny to his own mortality.’

It is basically Graham’s view of his own death and his confidence in eternity. He had preached it and lived it out. Knowing well his demise would make the headlines, those were his last words to instill a sense of confidence in eternal hope.

No, we won’t call that ‘fake news’ which has been vexing Malaysians from the politicians to the man in the street – even more so with imminent the General Election which can be called anytime.

Parties on both sides of the political divide are all geared up to fight fake news flooding cyberspace, which, to all intents and purposes, could get even worse during the election campaign.

“We also have to consider whether we have enough time in this Parliament meeting to bring this up,” Minister in the Prime Minister’s Department Datuk Seri Azalina Othman told reporters after the opening of the first meeting of the sixth term of the 13th Parliament which is on-going.

“We need a clear definition of fake news in the law. Currently, this is not available,” she said.

I am a bit doubtful whether a clear definition on fake news could be derived and perfected in law. We shall have to wait and see.

As expected, the opposition will be fanning suspicions over the funds that have allegedly gone missing from 1Malaysia Development Berhad (1MDB).

The 1MDB episode, which first appeared in 2015, has not died down.

At least six countries across the globe are investigating related transactions with the US Department of Justice initiating civil cases to recover assets linked to the fund. So far, there hasn’t been any definitive outcome yet.

How ‘fake’ can these investigations and initiatives be? How would one define ‘fake’ in this and make it legal?

A top police officer has been cleared of any wrongdoing by his boss on the A$320,000 (RM976,000) money seized by Australian police from his account in Sydney on suspicion of money laundering.

How ‘fake’ can it be when the media reported that he is not fighting to have the money back due to high legal costs?

According to Dato’ Abdul Rahman Dahlan, Minister in charge of Economic Planning, the proposed law will even cover spreading bad news about bad economy that is not substantive and dangerous to the economy and security of the country.

Media rights advocates have questioned the need for another law. The opposition argue the government already has powers across the board.

Notably, it is not only Malaysia but elsewhere as well in Southeast Asia that have proposed laws to eradicate the spread of fake news.

Several western countries, including Britain and France, are reportedly also taking measures to combat the growing phenomenon of fake news.

In January, British Prime Minister Theresa May announced her government was setting up a dedicated national security unit to tackle fake news and disinformation.

In Paris, French President Emmanuel Macron announced in his New Year’s Eve address he would overhaul French media legislation to fight the spread of fake news, calling it a threat to liberal democracies.

Billy Graham might not be the first to have said “someday you will read or hear….” but believers the world over are confident he is ‘more alive’ now – or at least his powerful evangelical discourses vicariously are.

Moody might be the first to have said “some day you will read or hear….” but believers surmise he wouldn’t mind his words becoming a homage to Graham.

Apropos faked news, it may be illuminative, in closing, to refer to a quote by Fabrizio Moreira, a prominent Ecuadorian politician and businessman.

He said: “Fake news is a big thing in the field of Social Media Journalism. Fake news can be as simple as spreading misinformation or as dangerous as smearing hateful propaganda.”

At the end of the day, it boils down to how credible, genuine and unfaked we are when called upon to deal with dubious and questionable information – also known as faked news or yellow journalism – that is foisted on us.

As the saying goes, better slip with the foot than the tongue.