Wednesday, October 20
You are at:Home»News»Sarawak»Entrepreneurs urged to keep abreast with latest approaches 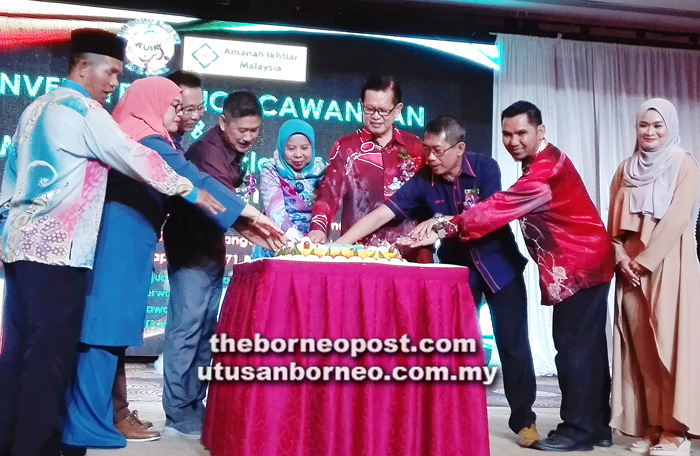 According to Assistant Minister of Women, Family and Childhood Development Rosey Yunus, such commitment is vital in ensuring that the state government’s efforts to push Sarawak into a full-fledged digital economy could be achieved.

“Sarawak is now transforming into a digital economy. Hence, there is a need for entrepreneurs under AIM’s umbrella to keep abreast with the changes and integrate their business approaches with information communication technology (ICT),” she said  at Kelab Usahawan Ikhtiar Cawangan dan Kesukarelawan (Kuick) convention at a hotel here on Saturday night, which also hosted AIM Miri charity dinner.

The dinner was meant to raise funds for the financing of infrastructure projects and facilities needed by AIM Miri’s micro entrepreneurs.

AIM Miri has 1,778 members who are registered in many areas including Baram, Lambir and Marudi.

“I am happy to note that the financial assistance provided by the government has enabled the targeted group to improve their entrepreneurship further, thus uplifting their living standards,” said Rosey.

Rosey and Assistant Minister of Tourism, Arts and Culture Datuk Lee Kim Shin also contributed RM5,000 each in MRP grants to the body, while Lambir assemblyman Ripin Lamat chipped in another RM3,000.