Tuesday, May 17
You are at:Home»News»Sabah»Catamaran boat goes up in smoke 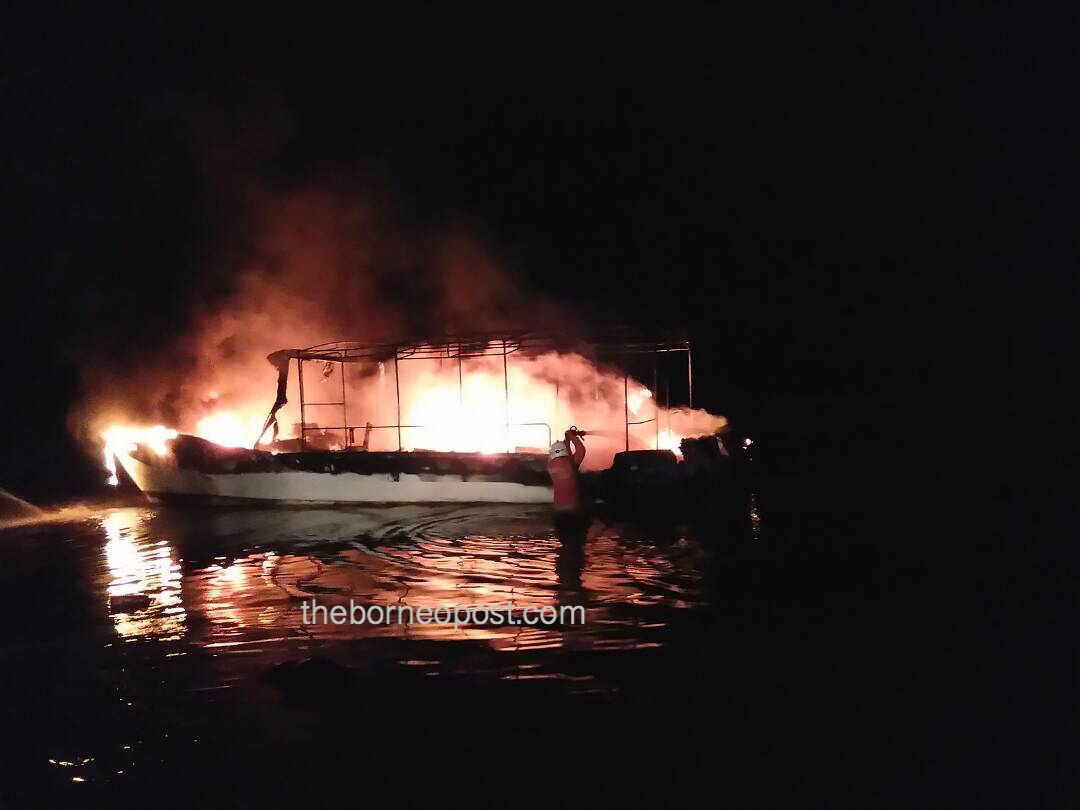 The catamaran boat that was destroyed in the fire at Kampung Rampayan Laut in Kota Belud last night.

“The Kota Belud fire station received a distress call at 7.17pm and eight firefighters were deployed to the scene to control the situation.

“Firefighters managed to put out the fire about an hour later without any untoward incident being reported,” he said today.

Mohd Affendy said investigation is still being carried out to determine the cause of the fire and total loss.