Friday, May 20
You are at:Home»News»Sarawak»Bung Bratak Day will be back on May 1 after 4-year lapse 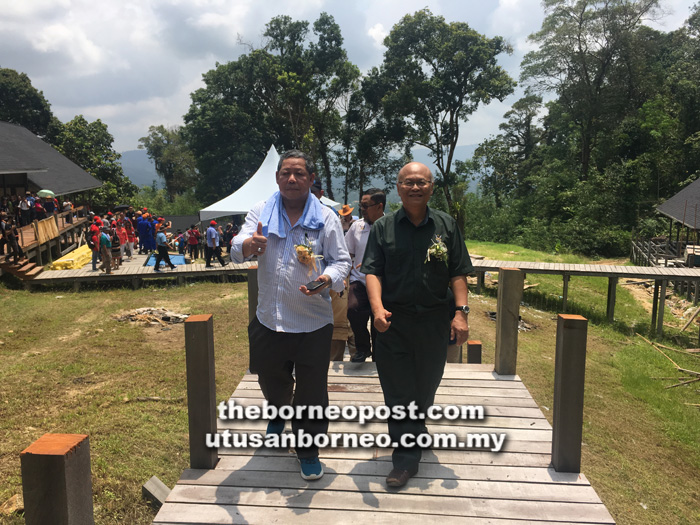 Minos (right) leads Deputy Minister of Agriculture and Agro-based Industries Datuk Anthony Nogeh to tour the BBHC during its soft opening on April 1.

KUCHING: The Bung Bratak Day will be back on May 1 atop the 1,000-foot Bratak Hill in Bau District following the construction and near-completion of the Bung Bratak Heritage Centre (BBHC). It was last held in 2013.

Bung Bratak Heritage Association (BBHA) president Dato Peter Minos said many visitors are expected to climb to the summit (Bung Bratak), taking advantage of the Labour Day public holiday on May 1 to witness the cultural performances to be staged there. 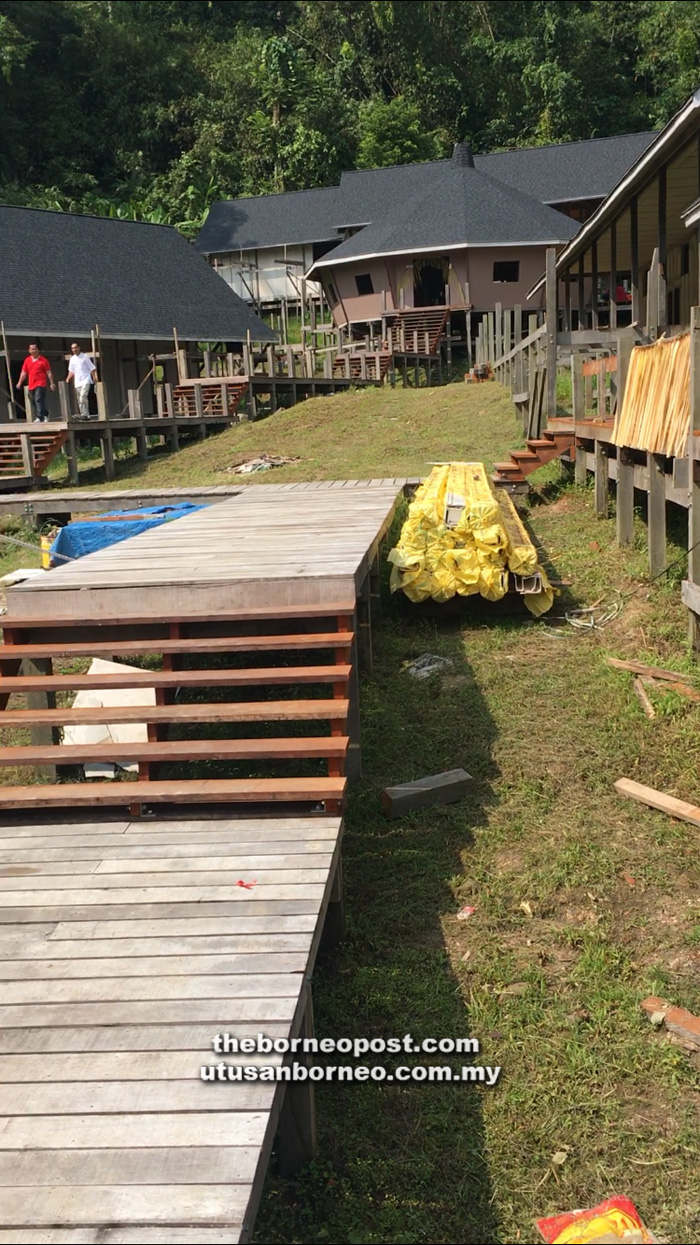 Finishing touches being carried out at the BBHC.

“BBHA is reviving the Bung Bratak Day this year after a four-year lapse. Bidayuh cultural troupes from Lundu, Bau, Kuching and Serian districts will be on hand to give cultural performances. A group will also do a beauty parade of Bidayuh girls from Jagoi-Bratak area of Bau and Lundu districts.

“An epic play on the interesting and colourful  history of Bung Bratak will be presented by another group from Bau. The seven participating groups will give the audience the best ever Bung Bratak Day,” he said.

Minos also said this year’s celebration is special partly because the BBHC is now almost completed.

The RM8 million-BBHC, financed by the federal Ministry of Tourism and Culture, and implemented by the state Public Works Department, is reputed to be the first of its kind built on a hilltop in Borneo.

“Located atop a 1,000-foot hill of an ancient ancestral home of the Jagoi-Bratak Bidayuhs, and constructed with great care and respect for traditional Bidayuh  architecture, BBHC is not only majestic but also impressive.

“You have to see the centre to appreciate its beauty and splendour. It consists of two traditional longhouses, one for accommodation of  up to 100 persons and one for conferences/seminars, office and mini museum.

He also said after the completion of BBHC by the end of May, construction of the road leading to BBHC will commence.

The works for landscaping, fencing, jungle heritage trails, improving two waterfalls, doing the grand central stage for cultural performances and viewing area will also be done at the same time.

“BBHA expects full completion of BBHC by end of this year.

“Apart from being a historical and cultural centre, BBHA wants to really turn Bung Bratak into a eco-tourism retreat to take full advantage of what are found there, namely primary tropical jungles, fresh mountain air, beautiful mountain sceneries, two mountain waterfalls, spring water with healing powers and so on,” he said.

He added BBHC with all its potential would surely make Bau a top-spot tourism destination for all.