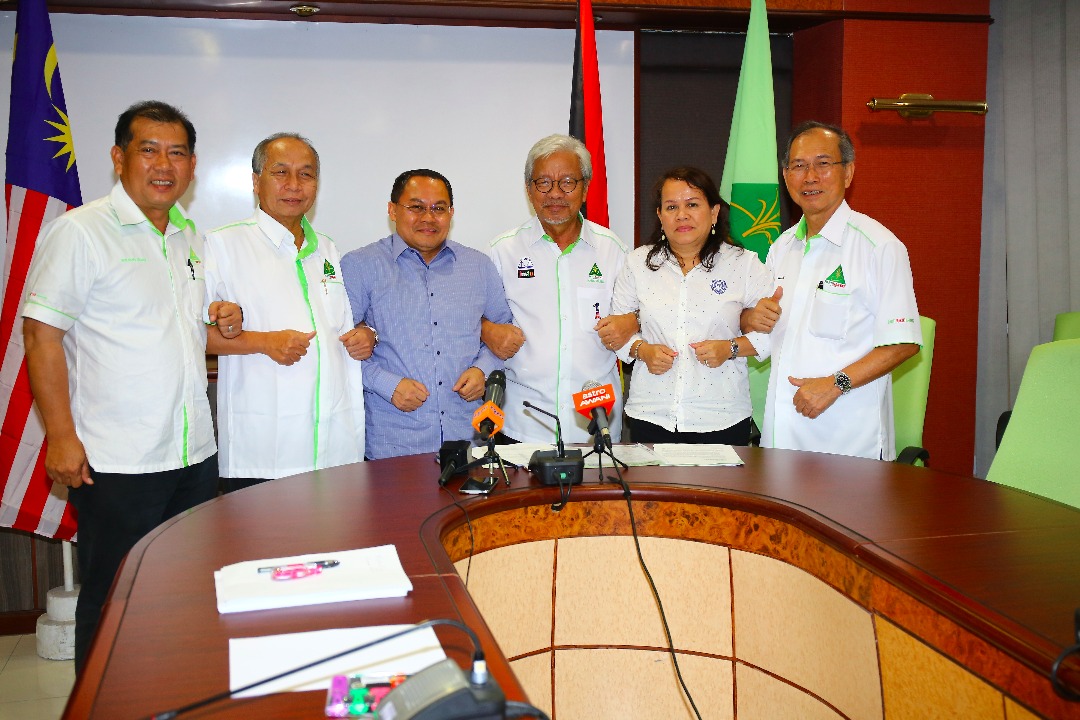 Masing (third right) in a photo call with (from left) Ugak, Masir, Robert, Rita and Salang.

KUCHING: Parti Rakyat Sarawak (PRS) special committee formed this evening sacked five of its supreme council members for disobeying the party over its candidacy list for the General Election and also for ridiculing as well as putting the party into disrepute.

Masing said the special committee will be sending them the termination letters soon and with that sacking, Entulu and Nyallau especially are not eligible to renominate themselves as PRS candidates or even representing the party in any form.

“If they want to contest as independent that is their business but they could not represent PRS anymore,” said Masing who disclosed he has met with the Barisan Nasional (BN) chairman Datuk Seri Najib Tun Razak.

When pressed what would PRS do if Najib decides to renominate Entulu and Nyallau, Masing sidestepped the question by telling the media these are separate matters.

The other four parliamentary constituencies namely Julau, Sri Aman, Kanowit and Hulu Rajang will not see any change in PRS candidacy as it will renominated its incumbents Datuk Joseph Salang, Datuk Masir Kujat, Datuk Aaron Ago Dagang and Datuk Wilson Ugak Kumbong.