Saturday, September 18
You are at:Home»News»Sarawak»Manufacturers urged to embrace new technologies 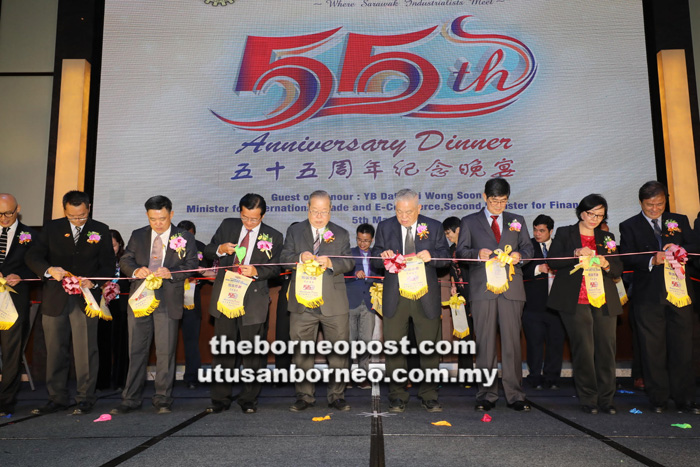 Lau (third left) and other SMA committee and council members cut the ribbons at the event. — Photo by Chimon Upon

KUCHING: Manufacturers, including small and medium enterprises (SMEs), must embrace new technologies in improving designs, research and development to bring their businesses to the next level.

Minister of International Trade and E-Commerce Dato Sri Wong Soon Koh, in saying this, encouraged industry players to collaborate with his ministry in growing the manufacturing sector and helping the state government achieve the vision to be a high-income state by 2030.

“The state government is pushing Sarawak towards digitalisation with a holistic ecosystem for industry players and SMEs to drive the economic growth,” he said.
His text-of-speech was read by the ministry’s permanent secretary Kameri Affendi at the Sarawak Manufacturers Association (SMA) 55th anniversary dinner here last Saturday.

“The ministry welcomes collaboration with the private sector. Our role is to remove barriers, facilitate growth, and support the creativity of Sarawakians in exploring and expanding into the global market through e-commerce platform,” Wong added.

He said as Sarawak strives to achieve the 2030 vision, at the state government would continue to play greater role in creating an environment where innovation and entrepreneurship in all sectors of the economy could flourish.

Various projects and investments, he added, focusing on infrastructure from roads to high-speed Internet services are intended to urbanise rural areas and uplift the socio-economy of the people.

“Work closely with the government so that we can grow together for the betterment of Sarawak,” he added.

Wong also called upon the 525-member SMA to embrace new and vital roles in education by providing technical and skills training to school leavers and jobseekers so that they could keep up with the industry.

“As industrial players, we cannot afford to lag behind in an environment facing swift and exponential change driven by technological innovation.”

He expressed his hope that SMA could be a platform for the sharing of knowledge and technical know-how so that members could scale greater heights. 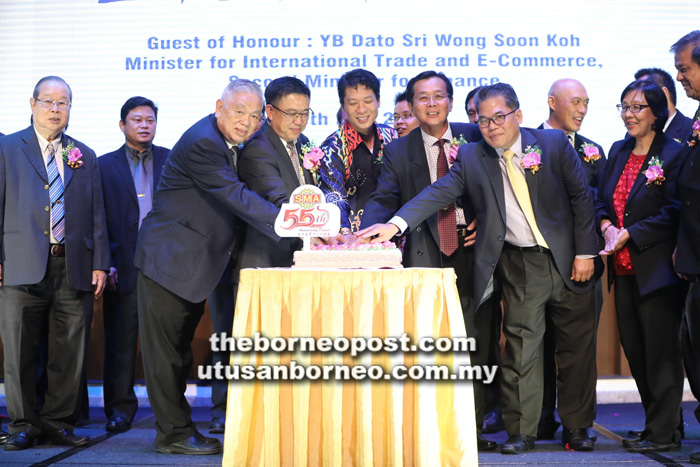 Previous ArticleMcCain, battling cancer, does not want Trump at his funeral
Next Article Iran warns US it will regret quitting nuclear deal