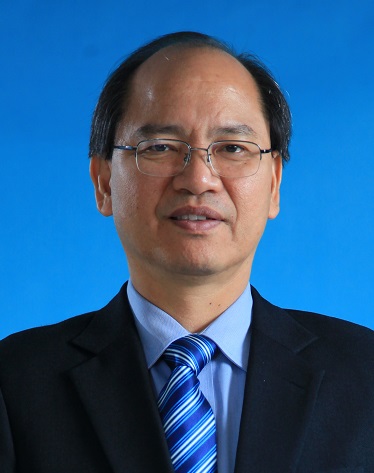 KOTA KINABALU: The United Pasokmomogun Kadazandusun Murut Organisation (UPKO) Supreme Council made “the boldest of decision” in line with the pulse of the Momogun communities.

Acting president Datuk Seri Wilfred Madius Tangau said, “It was a unanimous decision, one which we cannot but take if we are committed to do what is best for the people. Results of the 14th General Elections showed the people wanted change.”

“The scenario was similar at the Federal level. It goes without saying we need effective representation both at the State and national levels. Thus Upko is duty bound to be part of the solution.”

Tangau said, “I called for a emergency Supreme Council meeting with a very short notice considering the GE results were still trickling in at midnight on Wednesday.”

Kuamut Assemblyman, Datuk Masiung Banah, who was then still on his way from Kuamut had agreed to go straight to the council meeting.

Madius then went back to Magellan Sutera where the Upko’s supreme council made a unanimous decision to leave BN and form a coalition state government with Warisan.

“Earlier, at least one of them openly said, he will stick with the party decision,” said Madius, adding, “time was of essence, thus the Councillors had to make the decision. It was unanimous. It is in line with the perjuangan of the party for the Momoguns.”

Madius said, there were twists and turns of events, made worst by the fact that all five of them were “locked at the Sri Gaya. That’s the reason why they could not go out and join the meeting.”

“We are aware there be all kinds of reactions including bombardment from the grassroots. But, we decided it’s time to be focussed and take the boldest of decision. Mind you, thus far there are very encouraging support from across the board. Please whisper a prayer or two for UPKO,” he said.