Wednesday, December 2
You are at:Home»News»Nation»Govt to reduce expenditure without affecting administration – Dr M 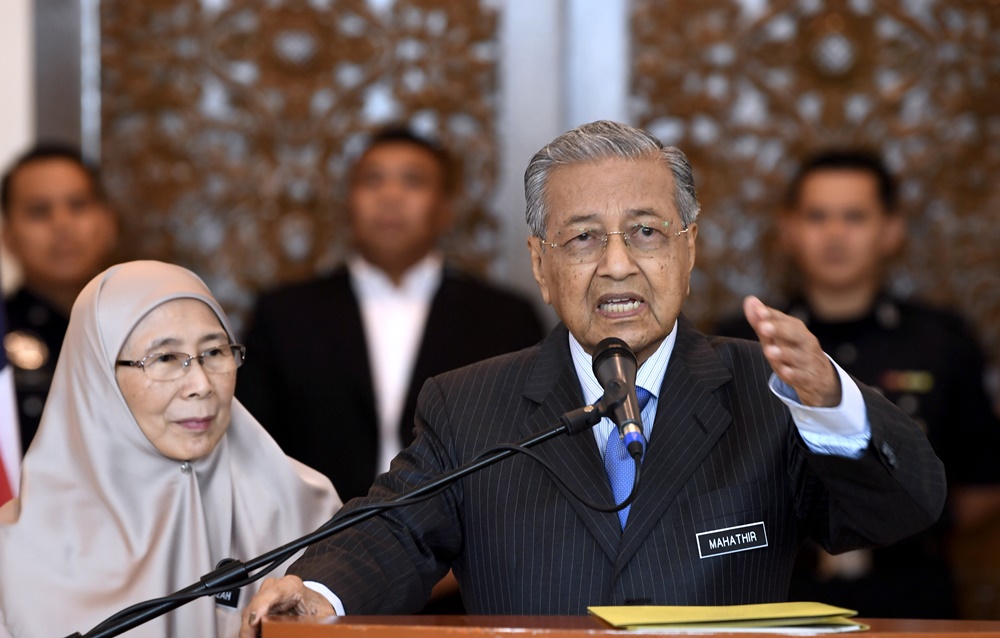 PUTRAJAYA: Prime Minister Tun Dr Mahathir Mohamad today said that the government administrative expenditure will be reduced without affecting the administration of the country reduced by forgoing wasteful and unnecessary expenses.

In a press conference after chairing the second weekly Cabinet meeting at the Perdana Putra here today, Dr Mahathir said over the past week, the Cabinet had found many other problems left by the previous government.

“As such, we have to ensure that the country’s financial position is being carefully managed so that we can reduce the government administrative costs.

“This does not mean that we will purposely cut the (administrative) expenditure, but we can forgo most of the wasteful and unnecessary expenses.

“We also need to strengthen the country’s financial position,” he said.

Meanwhile, Dr Mahathir, who is also Pakatan Harapan (PH) chairman said the PH manifesto for the 14th General Election (GE14) would be fulfilled at least after 100 days.

“In the manifesto, we pledged to fulfill the promises in 100 days, but now we have found out that the problems are actually worse than our expectations when we drafted the manisfesto.

“The promises will be fulfilled but it has to take into account the current financial situation so that it will not affect the country’s administration. So, efforts to fulfill the promises will begin at least after the 100 days,” he said.

In the GE14, PH declared its “10 Promises in 100 Days” manifesto, which include the promise to scrap the Goods and Services Tax (GST) and to reduce cost of living by various initiatives, such as abolishing highway tolls gradually, stabilising fuel prices, and reintroducing petrol subsidy. – Bernama