Friday, December 3
You are at:Home»News»Nation»Ting to re-submit proposal on RM30 billion Langkawi project 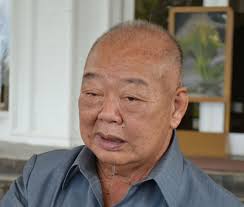 Located on 81 hectares of reclaimed land, it would be the biggest property development project in northern Peninsular Malaysia, he said.

Mukhriz said a previous proposal submitted by Ting, when he was Menteri Besar between 2013 and 2016, was no longer valid as it was not followed with a deposit required for all mega projects in the state.

However, Ting claimed that he had no knowledge of the requirement to furnish a deposit when submitting development proposals to the state government.

“I don’t know. This is a billion-dollar project and what deposit do they want? They should let the developer spend the money on the job and not to keep the deposit in the bank,” the 75-year-old entrepreneur said.

Mukhriz also said the government would not make it difficult for any party to invest and carry out development in the state, and it would give the necessary cooperation and assistance to ensure the success of any new venture.

“At the same time, we are taking a firm stand and require all developers to comply with all the conditions and guidelines on social, environmental and economic impacts.

“Although we are business- and investor-friendly, the impact on these three areas cannot be compromised,” he added. – Bernama