Thursday, January 21
You are at:Home»News»Sarawak»Has Sarawak been shortchanged? 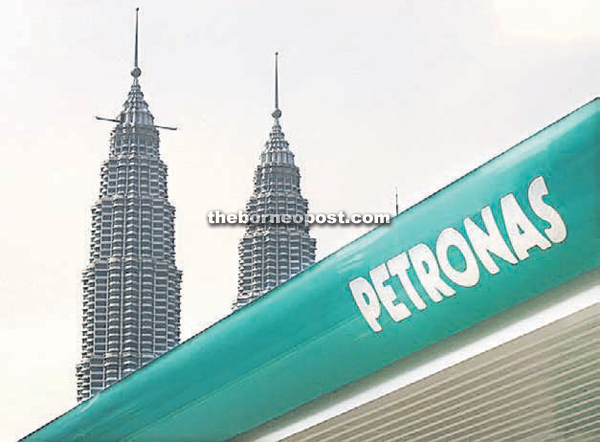 HAS the PH government broken its promises to the people of Sarawak and Sabah vis-à-vis its Pakatan Harapan Book (Buku Harapan), outlining the four-party coalition’s election manifesto?

As events unfolded with the first bombshell dropped on Sarawak on Monday by Petronas in a suit, seeking legal redress to its oil and gas rights in the state, let us take a look specifically on petroleum rights.

First, let it be known that Petroleum Development Act 1974 (PDA 1974) empowers the Prime Minister to make regulations for the purpose of putting into effect the provisions of PDA 1974 in the conduct or the carrying on of any business or services relating to the explorations, exploitations, winning or obtaining of petroleum.

With such a provision in place, we shall take it that Petronas’suit has been filed with the blessings of the PH government.

To ensure the prosperity of the people of Sabah and Sarawak by enhancing the States’ economic growth, Sabah and Sarawak are rich in natural resources, such as oil, gas and timber. But the wealth of Sabah and Sarawak has been exploited and plundered by UMNO and Barisan Nasional to enrich the peninsula, while the East Malaysian states remain among the poorest in Malaysia. This inequality will cease when Pakatan Harapan comes to power.

The 1974 Petroleum Development Act will be scrutinised to review Petronas’ monopoly on national gas and oil products, especially from Sabah and Sarawak. This is to enable Sabah and Sarawak to set up their own oil and gas companies and not limiting their role as a contractor to Petronas only.

To ensure that Sabah and Sarawak oil and gas products can be utilised for the long run, entities similar to the National Trust Fund (KWAN) can be set up in Sabah and Sarawak after studying more sustainable models like in Norway and Alaska.

Under Promise 40, the PH government will set up a Cabinet Committee to review and monitor the fair implementation of the 1963 Malaysia Agreement (MA63) within the first 100 days of its administration.

The Commission will consist of representatives from the Peninsula, Sabah and Sarawak who have expertise in relevant matters and who will give detailed reports to the government within six months from the date of establishment, for immediate execution.

By virtue of these promises, coupled with the fact that a Cabinet Committee Review is yet to be conducted and that Petronas, which reports only to the Prime Minister, has chosen to go to the Federal Court (the highest court) to address the issue, the PH government has failed the people of Sarawak.

The chairmen of the three PH component parties in the state – DAP, PKR and Amanah – have jointly issued a statement to the effect that the Sarawak government has to swallow the bitter pill for not heeding the suggestions of the opposition assemblymen to challenge the legality of PDA 1974.

Batu Lintang assemblyman See Chee How has also issued a separate statement, blaming the state government for its arrogance, gross negligence and erroneous judgement in refusing to seek judicial declaration on the unconstitutionality of the Territorial Sea Act (TSA) 2012 and the lapse and nullity of the PDA 1974.

PH state assemblymen have time and again stated that both PDA1972 and TSA2012 are unconstitutional. As such, in the name of good and fair governance, isn’t it incumbent upon the new PH government to move a bill in Parliament to repeal these Acts?

And for that matter, will PH Sarawak also apply to the Federal Court to intervene and object to Petronas’ application?

If not, the pertinent question that will be asked is “Has PH broken its promises to Sarawak?”

It is also fitting to note that newly-minted Attorney General Tommy Thomas had appeared for PAS in Kelantan and Terengganu on oil royalty cases against Petronas and the federal government.

Since PH has been in government for less than 30 days, we perhaps have to give it another 70 days to see whether or not the promised Review Committee will be set up within the first 100 days of the PH administration as promised.

As for the matter at hand, the act of resorting to court action (assuming with PM’s blessing) on the part of Petronas is rightly seen as living up to the common saying that “promises are made to be broken” given that bilateral consultations and negotiations are by far the better option.