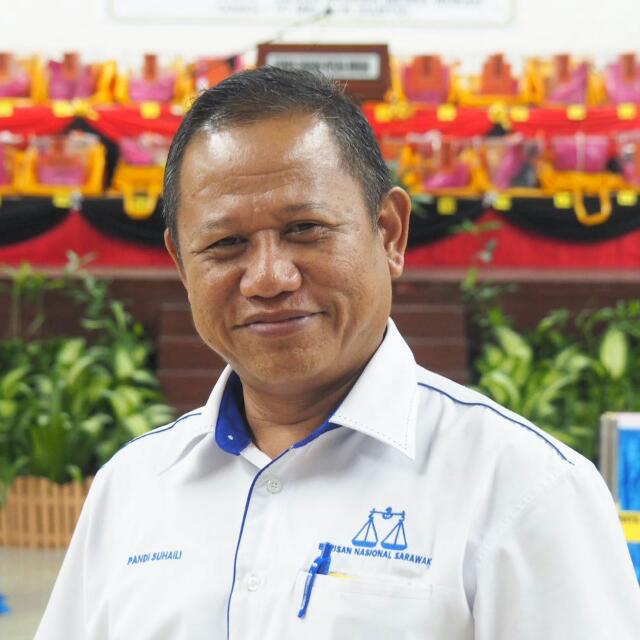 Pandi Suhaili said he had checked with his other Supreme Council members and confirmed that Abang Johari had in fact never met Datuk Seri Dr Ahmad Zahid Hamidi, who is also Umno acting president recently.

“AJ (Abang Johari) never met Zahid in the last few days. (I can) Confirm (it is ) fake news,” he told The Borneo Post.

“CM had announced that they would be discussing with other component parties – SUPP, PRS and PDP. There is no conclusion yet,” he stressed.

Pandi believed this could be work of some Peninsular Malaysia groups who wanted to create distrust and disunity among BN component parties.

When asked what transpired during the last PBB supreme councils meeting, Pandi stressed that the Chief Minister had briefed the media during a press conference after the meeting.

“CM had told the press that the meeting was to discuss PBB direction and idea of forming Sarawak new coalition front party, only for Sarawak based party. Everything is still being discussed and nothing affirmative yet. It must be discussed with other component parties,” he said.

Meanwhile, PBB information chief Datuk Idris Buang when queried on the same issue, replied with a one liner – “It is just a rumour”.

An online news portal had reported today that PBB is going to withdraw from Barisan Nasional despite an 11th-hour plea by ‎Ahmad Zahid.

The portal said the move by PBB will shave 13 parliamentary seats from the 79 that BN won on May 9, further weakening the coalition that had ruled the country for six decades.

The news portal also speculated that the withdrawal of PBB, which is BN’s second-largest component, and possibly other Sarawak parties from the coalition could result in an exodus of Umno/BN politicians.

The Borneo Post has tried to contact the Chief Minister through WhatsApp for his comment, but was not getting any reply yet as of press time.

Previous ArticleMalaysia Airlines sees much brighter year in 2019
Next Article Kate Spade was under treatment for depression, anxiety: Husband