Tuesday, March 2
You are at:Home»News»Sarawak»Ting Pek Khiing confirms arrest warrant on him 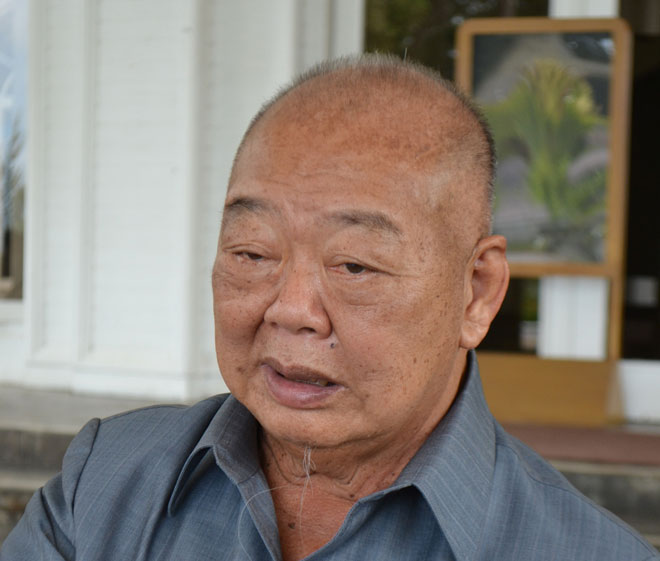 KUCHING:  Tan Sri Ting Pek Khiing has confirmed that a warrant of arrest has been issued on him by the Kuala Lumpur High Court.

“Yes, the police is arresting me, so be it,” he confirmed in Foochow, when contacted by The Borneo Post.

Ting will call for a press conference later this morning.

The Edge Financial Daily reported today that an arrest warrant has been issued on bankrupt businessman, following his failure to turn up in court for his public hearing enquiry.

The warrant of arrest, issued under Section 28 of the Insolvency Act 1967,  is to secure his future attendance in court on June 29.

A warrant of arrest has already been issued against Ting’s wife Puan Sri Wong Sui Chuo on May 18, 2018 for her failure to appear in court on that day. Both Ting and his wife were expected to be in court for questioning by creditors on Ting, dealings and his ability to pay.

Ting was a no-show in court yesterday and his lawyer conveyed that he was busy preparing for the planned multibillion-ringgit development in Langkawi.

The Edge Financial Daily further reported that the creditors were happy to learn of Ting’s project undertaking.

“If he has the money, if he can afford it, please pay off the creditors first,” a source was quoted of saying.

The creditors then obtained an order last Friday from the Kuala Lumpur High Court ordering that Ting attend his continued public examination yesterday to be examined by the creditors, the director-general of insolvency (DGI) and the court registrar on his planned project in Langkawi.