Friday, January 21
You are at:Home»Business»BizHive»Outlet malls: A growing concept in Malaysia 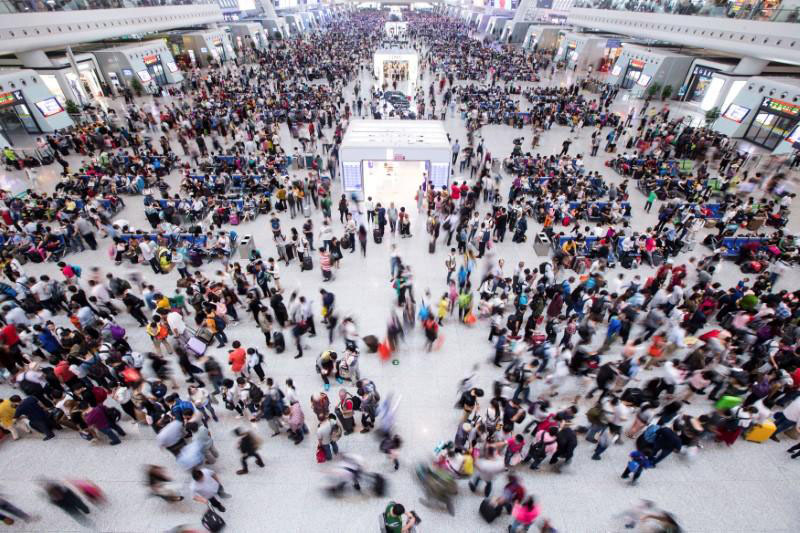 The outlet mall concept is growing popular in Malaysia thanks to the increasing demand for retailers to put off-season merchandise in a separate channel.

An outlet store, factory outlet or factory shop is a brick and mortar or online store in which manufacturers sell their stock directly to the public, cutting out the middle-men.

Traditionally, a factory outlet was a store attached to a factory or warehouse. In modern times, outlet stores are typically manufacturer-branded store grouped together in outlet malls.

The research team at MIDF Amanah Investment Bank Bhd (MIDF Research) said these outlet malls provided a secondary platform for retailers to have better inventory management by rechannelling products and lower operating costs as well as to create brand awareness.

“Apart from that, the fashion and fashion accessories segment growth in Malaysia is quite healthy with 3.9 per cent year-onyear growth recorded in 2017 in comparison to the subdued overall Malaysia’s retail sales growth of two per cent.

“This is partly attributed to the luxury apparels and accessories segment which has experience double digit sales growth yearon- year where 85 per cent of the luxury retail sales growth was fuelled by Gen Y and Z.

“In addition, the stronger ringgit also contributed to better affordability of luxury brand.”

According to the latest publication from Malaysian Institute of Economic Research (MIER), Consumer Sentiment Index in the first quarter of 2018 has improved to 91.0 from 4Q17’s 82.6 and 3Q17’s 77.1.

In addition, the newly elected government has pledged to increase consumer disposable income through initiatives such as higher minimum wages as well as the abolishment of GST.

“We also gather that current prospect of job and financial expectations has improved post-election.

“Therefore, we believe that consumer sentiment is on an upward trajectory to pass the 100 optimistic threshold level,” said MIDF Research.

Also, the projected increase in Chinese tourists will have a spilled over effect to outlet malls. Globally, consumer confidence is improving particularly in major economies such as China, US and Europe underpinned by stable job market.

For instance, China unemployment rate has touched 3.9 per cent in the previous quarter, the lowest ever recorded. Looking further into the consumer confidence index, China has breached 120 points – a level not seen for 24 years.

“This favourable atmosphere augurs well with the tourism industry as Chinese tourist represented a notablepercentage of international tourists in Malaysia,” it added.

As a result, Tourism Malaysia forecasted the number of Chinese tourists will reach eight million by the year 2020, a compound annual growth rate (CAGR) of approximately 28 per cent from the number recorded in 2017.

“We believe that the increase in Chinese tourists have a spilled over effect to outlet malls given the fact that they are located in major tourist attraction and tourists normally spent a third of their budget on shopping.

“Due to the aforementioned factors, we project that the Malaysia’s retail sales growth will recover in 2018 and to be better than the two per cent year-on-year growth recorded in 2017. This is in line with the Retail Group Malaysia (RGM)’s forecast of 4.7 per cent in 2018.

“As the prospect for Malaysia retail industry is improving going forward, we expect that it will benefit outlet malls as well.”

Presence in the peninsula

Malaysia has five outlet malls currently. The first outlet mall in Malaysia was Oriental Village in Langkawi, which opened between 10 to 15 years ago. But perhaps built ahead of its time, it did not gain traction and eventually closed down.

In 2011, Johor Premium Outlets (JPO), which is a joint venture effort between the Genting Group and Simon Property Group, was launched in Kulai, Johor. This marked a second entry of outlet mall in Malaysia and it look set for stay this time around.

BizHive Weekly takes a snapshot of the five outlet malls currently — all populated in Peninsula Malaysia:

With more than 150 designers and brand name stores offering savings of up to 70 per cent, Genting Highlands Premium Outlets is currently enjoying 99 per cent occupancy rate. 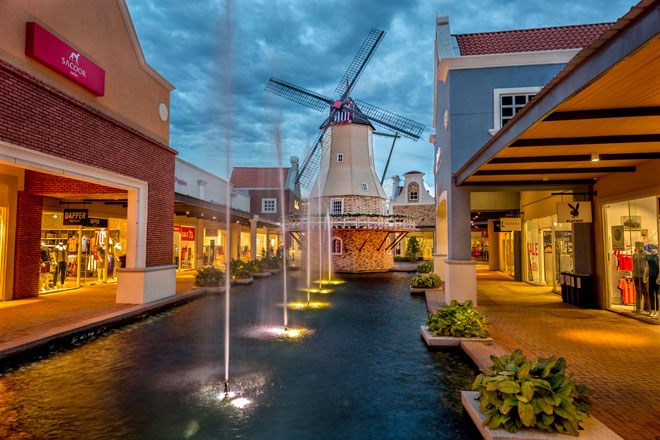 MIDF Research is positive on Genting Highlands Premium Outlets’ prospect after a visit to its parent company.

“We returned from the trip feeling positive on GHPO prospect as we gather that it has achieved 99 per cent occupancy rate. There is also a potential for expansion as GHPO still has 300,000 more square feet of land,” it said in an individual report.

Based on the good footfall and high occupancy rate, the research arm believed that GHPO may start Phase 2 expansion in either 2020 or 2021.

JPO has 130 designers and brand name stores offering savings of up to 65 per cent.

On Genting Simon’s profit contribution to Genting Plantations, MIDF Research saw that in FY17, the former contributed profit before tax (PBT) of RM30.3 million, or 6.6 per cent of the latter’s (PBT).

The research arm pointed out that this is a significant improvement of 44 per cent year on year (y-o-y).

“Note that Genting Simon PBT includes the profit from both GHPO and Johor Premium Outlets.”

Perhaps the only outlet mall with a link to Sarawak, Design Village Outlet Mall is located at Bandar Cassia, Penang which is a newly developed township in Batu Kawan.

It is owned by PE Land Sdn Bhd, which also owns and operates The Spring shopping mall in Kuching.

The mall is marketed by Savills Malaysia, features a menagerie of fashion shops, including international and regional brands at discounts. Savills Malaysia is the leasing and retail development adviser for PE Land. 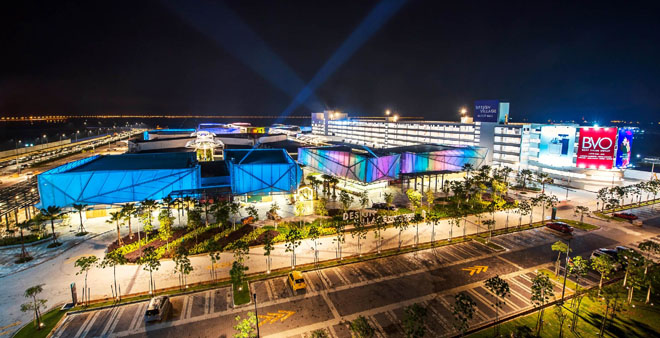 The outlet, located close to the landing point of the Sultan Abdul Halim Muadzam Shah Bridge, houses a diverse selection of brands, with 150 stores built on 400,000 sq ft within a tropical garden.

Design Village Penang is easily accessible via the Second Penang Bridge from Penang island. It is also near the Bandar Cassia exit off the North South Expressway. DVOM has net lettable area of 400,000 square feet set in set in a lush 24-acre tropical garden.

It begins operation on the November 23, 2016. Currently, it houses close to 150 stores of international and regional brands with occupancy rate of about 80 per cent.

Malacca has its very own Freeport A’Famosa Outlet located in Alog Gajah, featuring a lake with a fountain, carousel and a windmill which reflects Malacca’s Dutch heritage.

It is a joint venture between UK based outlet specialist, Freeport Retail Ltd and Langkah Realiti Sdn Bhd, the owner of the popular A’Famosa Resort in Malacca.

FAO was opened on 28th January 2016. Currently, it enjoys close to 100 per cent occupancy rate as it houses over 100 designers and brand name stores.

Although the “brand” originates from the US, Freeport is present in Europe and expanding into the Southeast Asian region.

Mitsuit Outlet Park was one of the outlet stores available in Malaysia, with a potential of being the largest in Southeast Asia. The building is located near to KLIA terminal, with gross built up of 178,000 square feet. 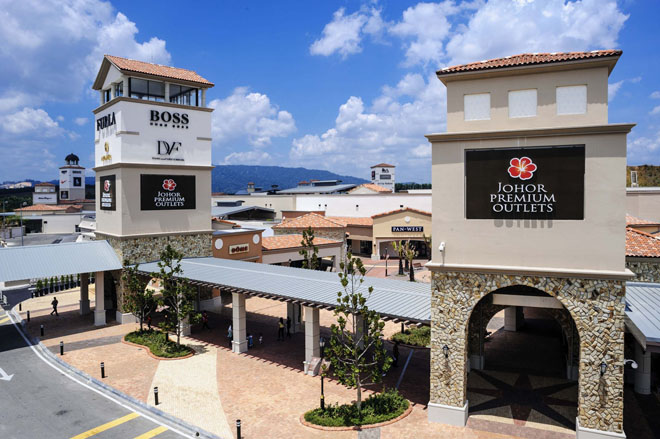 At this juncture, its net lettable area is around 44,000 square feet and expected to grow once the third phase construction is completed. The entire project is owned by a joint venture partnership between Mitsui Fudosan and Malaysia Airports.

While the entire project is expected to complete by 2021, the early phases of the project are already in operation.

Notably, the premium outlet store was officially opened to public on 29th July 2015. As of this writing, there are approximately 130 stores opened with 97 per cent occupancy rate.

Upon completion of Phase 3, Mitsui Outlet Park has the potential of being the largest factory outlet shopping mall in Southeast Asia.

The Mitsui Fudosan Group has a long history, with roots stretching back in Japan to the establishment of the Echigoya kimono store in 1673.

The island will be home to the nation’s first duty-free premium outlet scheduled for completion by the first quarter of 2019 as a joint venture between Labuan Corporation and BVA Development.

The RM70 million premium outlet will offer luxury goods and high-end products at a rate up to 30 per cent cheaper than most outlets elsewhere thanks to its duty-free status.

Being the only outlet in the country, BVO is expected to attract a vast number of avid shoppers, especially from neighbouring localities such as Sabah, Sarawak and Brunei.

Earthworks for the project, which will include the country’s first duty-free premium outlet, had begun early this year on 12.5 hectares near the Labuan International Golf Club and would be completed in two months, BVA Development Sdn Bhd Managing Director Lester Toh told Bernama in an interview.

It will leverage on Labuan’s status as a duty-free island and Malaysia’s international financial hub. Among others, it will feature the RM75 million BVO Duty-Free Premium Outlet on 2.9 hectares, scheduled for completion by the second quarter of next year.

“Ultimately, the low-hanging fruit will be business from neighbouring Brunei, as the people of Brunei, benefiting from a strong currency, can spend their weekend here for shopping,” Toh said.

He said Malaysia’s first duty-free premium outlet would attract tourists to the island as it offered branded items up to 20 to 30 per cent cheaper compared with other premium outlets in the peninsula.

Meanwhile, Perak is set to have its first premium outlet mall by the end of next year with construction of the Silverlakes Brand Village Outlet in Batu Gajah already underway.

“We hope to hold our soft launch by next December, with 60 to 70 per cent of retailers having moved in by then. Its official opening should be within the first quarter of 2019,” Azizan said.

To promote the mall as a venue for regional and international events, events such as the Silverlakes World Jazz Festival, vintage car shows, fashion events, gourmet and local food festivals, antique flea markets, and international shows and competitions such as The World Drone Grand Prix are already being planned.

Noting that Silverlakes Brand Village Outlet is only the first phase of the overall master plan of the Silverlakes development, Azizan said construction of a 4-star 220-room hotel annexed to the mall and 1,200 seat convention centre are scheduled to commence by end next year.

When completed, Horizon Village Outlets will cover 23 acres and have 150 one-storey retail lots.

The total net lettable area available will be 400,000 sq ft and there will be 2,000 covered parking bays.