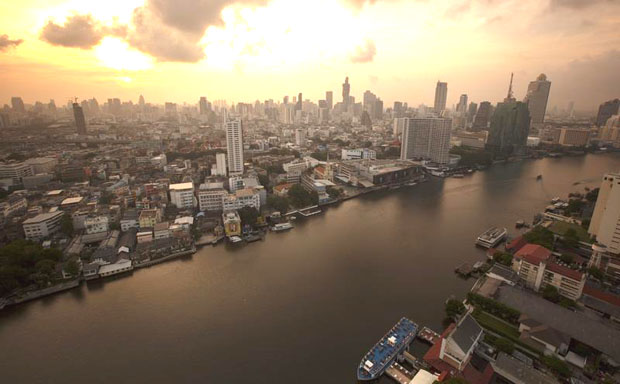 Besides political upheavals that may result in a massive growth disruption, Thailand’s ratings could face downward pressure in the event of a significant deterioration in government finances and the country’s external position as well as an erosion of official reserves. — Reuters photo

These strengths are moderated by economic recovery that is not yet broad-based amid structural challenges and lingering political uncertainties.

“Although GDP growth exceeded our expectations in 2017 and in the first quarter of 2018 (1Q18), recovery is still not comprehensive as it is mainly confined to the export-oriented and tourism sectors,” said Esther Lai, RAM’s Head of Sovereign Ratings in a statement.

Thailand’s economic growth rose to 3.9 per cent last year and expanded a further 4.8 per cent in 1Q18, underpinned by a rapid escalation of exports.

“While growth in manufacturing had largely benefited from the tech upcycle, Thailand also gained from the increase in foreign tourist arrivals – predominantly Russia, South Korea and China.

“Although the Thai economy is gaining traction, growth has yet to sufficiently trickle down, especially to low-paid daily-hire employees in manufacturing, construction and self-employed commercial business owners.

“Notably, the average monthly household income of non-farm workers declined 2.88 per cent in 2017, a manifestation of the economic drag in many sectors of the economy.”

RAM saw that Thailand’s principal rating driver is its robust external position, with sizeable official reserves amounting to 42.8 per cent of GDP as at end-2017.

Covering 3.2 times the country’s short-term external debt in 2017, these reserves provide a comfortable buffer against external shocks, comparing very favourably against its peers.

“In addition to a solid goods balance, growing surpluses in the services balance due to increased tourist arrivals had continued to bolster Thailand’s external position. RAM forecasts a current account surplus of 8.3 per cent of GDP in 2018,” it said.

Supportive of development in provincial clusters, a supplementary budget for FY18 – worth 150 billion baht or 0.9 per cent of GDP – is aimed at reducing income inequality.

Given the government’s expectation of a fiscal deficit to the tune of 550 billion baht or 3.4 per cent of GDP at the end of 2018, we estimate a higher general government debt level of 34.3 per cent of GDP – largely in line with the gBBB peer average.

“Despite a smooth transition to the new King, a further delay in the general election to February 2019 is widely believed to allow the incumbent government more time to cement its stranglehold on power.

“Besides political upheavals that may result in a massive growth disruption, Thailand’s ratings could face downward pressure in the event of a significant deterioration in government finances and the country’s external position as well as an erosion of official reserves.

“Conversely, the ratings could be upgraded if we observe a sustained recovery in both domestic and private investment activity, which leads to a more holistic expansion of GDP at a sustainable level.