Friday, January 21
You are at:Home»Business»Positivity on O&G sector as macro developments grow — Analysts 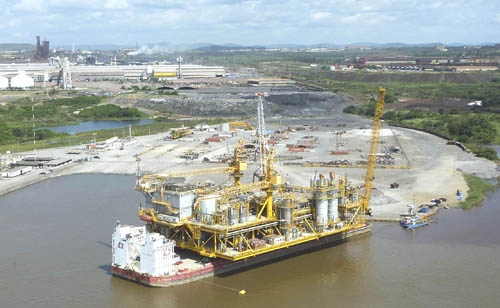 AffinHwang Capital and AmInvestment Bank are turning bullish on the O&G sector as macro developments affecting the industry over the past 6 months have been positive.

In a sector update report yesterday, AffinHwang Capital detailed the actual production cut of crude oil has exceeded expectation over the past 6 quarters – reaching 152 per cent compliance in May 2018.

The OPEC production quotas that were initiated in the beginning of last year has appeared to have suppressed US oil inventories significantly as they have fallen by 15 per cent y-o-y to RM438 million barrels.

While this was party at the expense of Venezuela’s current debt crisis, the high compliance rate is set to lower itself to a 100 per cent moving forward due to the outcome of last week’s Vienna meeting between OPEC and non-OPEC allies that saw a decision being made to raise production output.

“Under this new deal, the group will lower compliance rate to 100 per cent from July 2018 onwards. By our estimates, this translates to a total 900kbpd incremental production, with OPEC raising 600kbpd back to the initially agreed 1.2mmbpd,” they said.

While this might cause a lowering of average Brent crude oil prices especially with the US crude inventory making a slight rebound and expected to reach 11 million barrels by the end of this year, Affin Hwang Capital expects that the compliance rate would still be above 100 per cent in the short to medium term.

“However, we believe the supply would likely to be lower due to current limitation from certain countries,” they explained.

In light of the continue compliance from the production quotas, Affin Hwang Capital is maintaining a positive outlook on the O&G sector and project ting that Brent oil prices will trade in the range of US$70 to 75 per barrel for 2018 and a flat US$75 for 2019.

Similarly, AmInvestment Bank is also maintaining their positive outlook on the sector and forecasting that Brent crude oil prices will range at US$70 to 75 per barrel in 2018 to 2019.

According to the bank, risks for this view would be the resumption of US crude inventory expansion, slower-than-expected economic growth arising from US-China trade wars, acceleration of fuel-efficient transport adoption, non-compliance by OPEC members on their agreed quotas and increasing exit from O&G stocks by ESG-compliant global funds.

Looking past just oil prices, AmInvestment Bank is also expecting Petronas to ramp up engineering and procurement (E&P) activities in the short to medium term as the higher oil prices means that the O&G sector remains a main option for the new Pakatan Harapan government to raise revenue and service the nation’s RM1 trillion debt.

“This will mean a substantive refocus in spending for E&P activities, even though Petronas’ president/CEO Tan Sri Wan Zulkiflee Wan Ariffin had earlier said that the group will be investing in further downstream operations such as speciality chemicals and renewable energy solutions, including solar.

“As such, we expect the asset utilisation rates for local service companies to improve significantly in the medium to longer term, even though charter rates could remain unexciting in the light of excess capacity globally,” said the bank.

Besides that, AmInvestment Bank also guides that there has also been a rising rate of contract awards as Petronas has been sighting their sights on more roll-out in Sarawak and has recently launched the engineering, procurement, construction, installation and commissioning project for the over US$1 billion central processing platform of the giant gas field Kasawari in SK316 off Sarawak.

For the first quarter of 2018, Malaysia’s O&G contract awards jumped 68 per cent quarter over quarter (q-o-q) and 36 per cent year over year (y-o-y) to RM2.7 billion due to Spura Energy securing the EPCIC work for Pegaga CPP and Serba Dinamik’s EPIC and O&M jobs.

“And we note that Petronas’ integrated logistics control tower project, which was expected to be awarded late last year for 110 vessels under 23 packages on a three-plus-two-year basis, has yet to be announced,” said the bank.

For sector exposure for investors, Affin Hwang Capital is keen on Petronas Chemical as their top pick, followed by Bumi Armada and Serba Dinamik.

On the other hand, AmInvestment Bank is expecting Dialog Group and Yinson to be top ;picks due to Dialog’s earnings visibility secured in the Pengerang Deepwater Terminal project while Yinson’s Ghana FPSO vessel project will provide earnings momentum for the next two years.