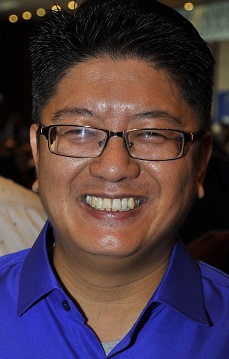 He said following the outcome of the 14h general election, there was a leadership revamp throughout the country, which also involved the JKKK and JKDB.

“The draft of the proposed rebranding of the JKKK and JKDB is being done, comprising aspects such as the name of institution, membership procedure, number of members, allowances and other related matters.

“The rebranding proposal paper will also take into account the new policy announced by the federal government prior to this and the official announcement will be made by the state government after all matters related to the rebranding are finalised,” he told the Sabah State Legislative Assembly here today.

He was replying to a question from Datuk Abidin Madingkir (UPKO-Paginatan) on the state government’s new policy on the appointment of JKKK chairmen in Sabah.

He said based on the Ministry of Rural and Regional Development’s circular on May 17, the state government was also asked to temporarily suspend all JKKK related matters, including appointment, exchanges, allowance payment and other related matters.

“The temporary suspension is being enforced until the new JKKK policy and direction are set,” he added. -Bernama