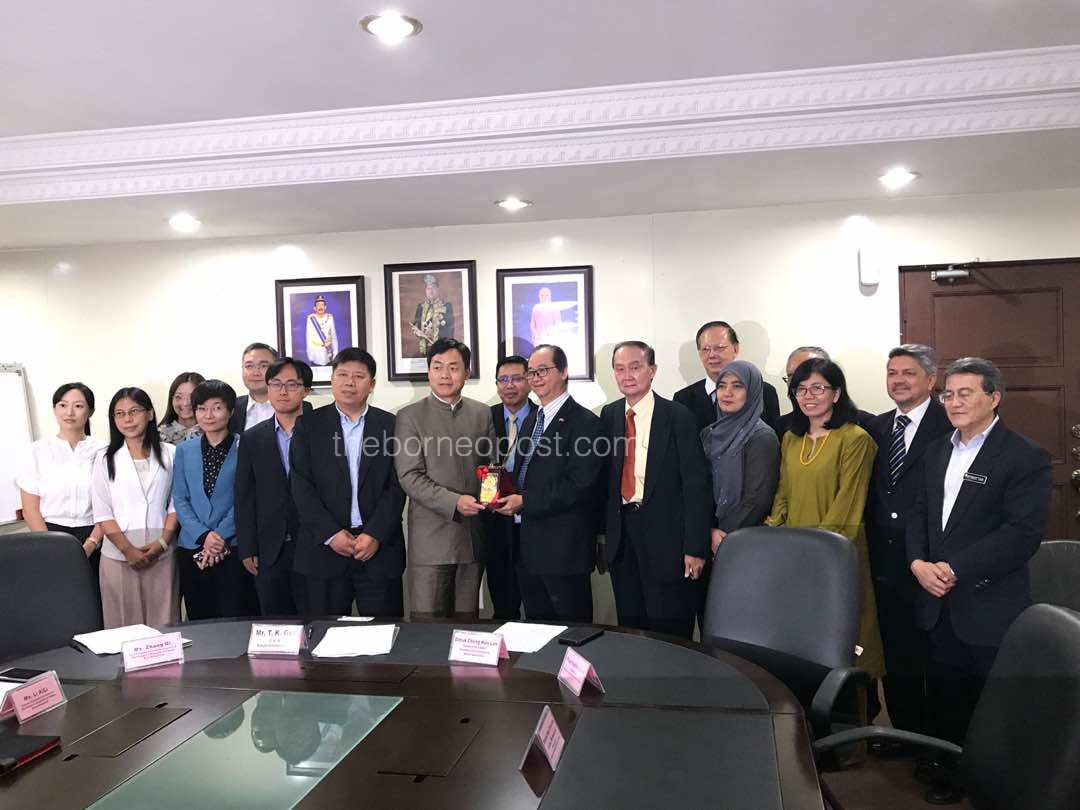 KOTA KINABALU: Trade and Industries Department Director, Patrick Tan has suggested to a delegation of Chinese scholars to help turn the Sepanggar port here into a transshipment port.

Speaking to the delegates at Wisma Kewangan in an exchange group dialogue today, Tan said that the Sabah government aims to turn the Sepanggar port into a transshipment port and make it a cheaper destination for main-line shipping operators (MLO) to conduct their operations.

He said that presently Sabah has no direct shipment as her manufacturing sector is still at its infancy.

He also said that investors were not keen to come to Sabah to start their manufacturing activities due to its high shipping cost.

Tan also mentioned that the ministry in which his department is under, the Ministry of Trade and Industry wants to raise the manufacturing sector contribution to the Gross Domestic Product from the present seven (7) percent to 35 percent.

No time frame was given to achieve what Tan described as a ‘tall order’ but stated that this could be facilitated with the realization of the transshipment port.

Also present were the Consulate General of the People’s Republic of China in KK, Consul Li AiLi and Vice-Consul Zhang Qi.