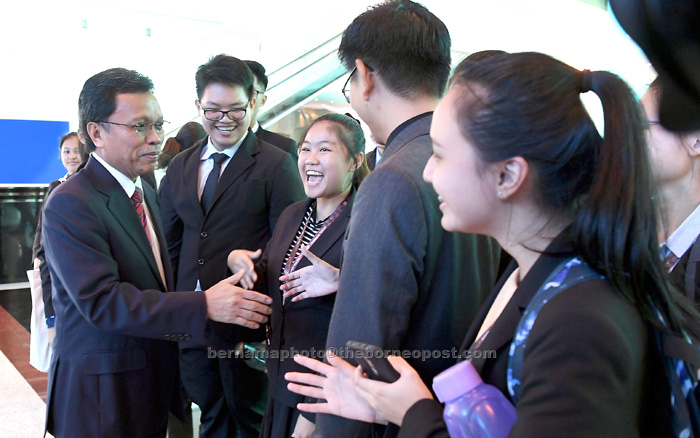 KOTA KINABALU: Sabah is in a healthy financial position with public finances as at June 18 totalling RM3.305 billion, of which 48.7 per cent or RM1.608 billion is owned by the state government in its consolidated revenue account, says Chief Minister Datuk Seri Mohd Shafie Apdal.  The remaining 51.3 per cent or RM1.696 billion is held in a consolidated trust account, he said in his winding-up speech for the Finance Ministry at the State Legislative Assembly here yesterday.

“The state government’s liabilities comprise debts to the federal government totalling RM2.871 billion and a bond issuance totalling RM1 billion as at Dec 31, 2017,” he said.

Mohd Shafie, who is also state Finance Minister, said the state government has not missed its repayments of loans to the federal government.

The state government has to repay the bond on a bullet payment basis of the lump sum of RM1 billion, which will mature on Dec 9, 2019, he noted.

“I am made to understand by my officers at the Finance Ministry that previously, a special committee formed to review the special grants for Sabah was the platform for the state and federal governments to discuss the matter in greater detail.

“The state government is studying this matter, and if deemed necessary the special committee could be reactivated to enable negotiations between the two sides to continue,” he said, adding the talks could include raising the oil royalty payment from the current five per cent to at least 20 per cent. — Bernama