Sunday, March 7
You are at:Home»News»Sarawak»Catering for lower income need

Govt mulls making it compulsory for developers to include units priced around RM300,000 in housing estates 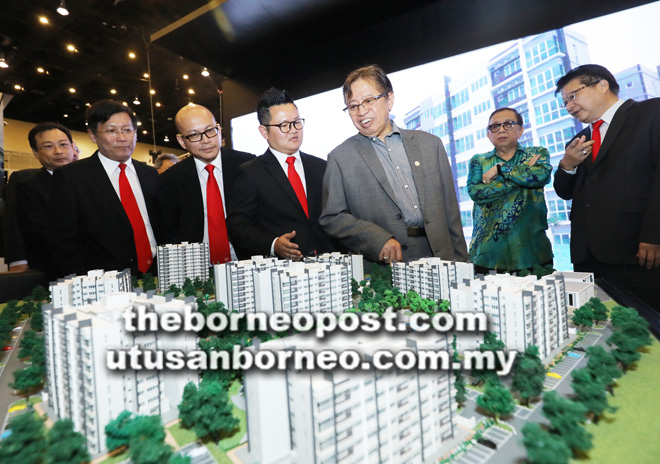 KUCHING: The Sarawak government in an effort to cater for the demand for housing from the lower and middle income groups has started the People’s Special House Scheme (Spektra).

He added that the government is mulling over a policy requiring developers to build houses priced around RM300,000 per unit to mitigate the present property overhang in Sarawak as there is a demand for properties in that price range.

“This will enable the developers to expand their market and plan housing development based on the new policy within the given parameter.”

Earlier, Abang Johari said the government is keeping tabs on the housing market in its effort to reduce the oversupply of properties in the state.

He added that the supply of houses and commercial buildings in Sarawak must match the demand; otherwise developers would face overhang problems.

“Even now, there are property overhangs in Miri and Bintulu, and against this background, we would have to adjust our policy every now and then.

“If the economy is good then we increase the supply. Otherwise we just make it moderate so that it will not affect the housing market in Sarawak. That is important because we are trying to balance supply and demand.”

Abang Johari who was once the Minister of Housing said he would use his experience to provide a conducive environment for the housing industry to develop and contribute to the growth of Sarawak’s economy.

However, he said the property market in Sarawak at the moment is not that bad as there is a demand for houses in some areas especially in Samarahan, Batu Kawa and some parts of Matang near here.