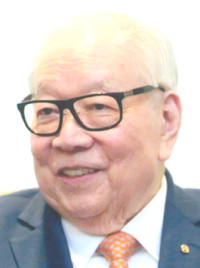 In a filing with Bursa Malaysia yesterday, LPI said the group’s profit margin was compressed due to stiff competition in the insurance market with phase two of market liberalisation in full force and players taking advantage of the liberalised environment to build their respective market share.

It has, however, tried to compensate the lower margin with a bigger market share. For the first half of the year, net profit stayed almost flat at RM138.24 million while revenue increased 4.8 per cent, year-on-year, to RM734.05 million.

Chairman Tan Sri Teh Hong Piow, who owns a 44.19 per cent stake in LPI, noted that for the six-month period, its wholly-owned subsidiary Lonpac Insurance managed to increase its market share with an 8.9 per cent growth in gross premium income to RM787.0 million.

He said in view of the satisfactory performance, the company had declared a first interim dividend of 26 sen per share (2017: 27 sen), amounting to a total payout of RM103.6 million that represented 75 per cent of its net profit attributable to shareholders.

The total dividend payment was 15.6 per cent higher than the RM89.6 million paid as first interim dividend in August last year and was part of the company’s effort to reward its shareholders for their support, he added.