Tuesday, March 2
You are at:Home»News»Sabah»Point out leaders who have strayed, Shafie tells civil servants 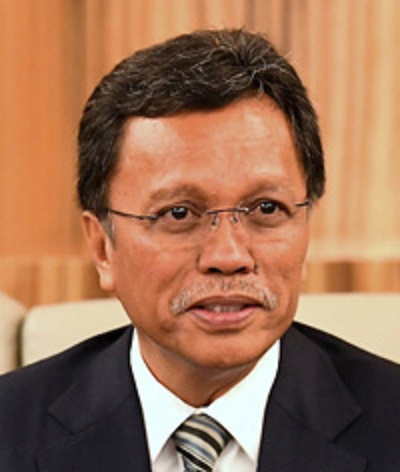 KOTA KINABALU: Chief Minister Datuk Seri Panglima Mohd Shafie Apdal rallies the Sabah civil service to remain dedicated and to commit to the aspirations of the Parti Warisan Sabah-led administration that places the interests of the people foremost in its agenda.

He said the contributions of the civil service to the state is immense and as a driving force of economic growth, they are indeed an important arm of the administrative government.

Such is the role of public servants that their share of contributions together with the founding leaders of the country, have helped to shape Malaysia into what it is today.

“India and African nations secured their independence even before Malaysia but acknowledges Malaysia as a comparatively small nation but an economic tiger nonetheless in this region, largely due to its civil service,” he said.

The Chief Minister was speaking at a dinner reception at the Pacific Sutera on Sunday night to bid farewell to former State Secretary Tan Sri Sukarti Wakiman who has retired. Those in attendance were mainly senior civil servants.

In his speech, Shafie pointed out the need for civil servants to clearly understand the separation of powers so as not to infringe on another person’s job domain.

“There must be clear separations of power to ensure smooth running of the service. Otherwise, there will be cases of infringing where one person decides to execute a task which should have been another person’s job,” he said.

He urged them to be honest with him by voicing out any improprieties in government procedures to prevent corruption from destroying the public sector because eventually it will be the people who suffer.

“Civil servants must be brave on what they stand for. Point out if leaders strayed because if we don’t then a highly corrupted government will emerge. We need to be an example to others,” he said.

Meanwhile, Shafie thanked Sukarti for dedicating more than 40 years to the Sabah civil service and extended his appreciation for the latter’s advice and co-operation since he took over as Chief Minister last May.

“There have been times when he has advised me on what can be done so that this new government can rule the state in accordance with the law,” he added.

Sukarti who also delivered a speech, thanked the state civil service with a strength of more than 130,000 employees for the support rendered to him.

He believed the public sector was resilient and dynamic enough to continue serving well under a new government as well as give their co-operation to the new State Secretary, Datuk Hashim Paijan.