Tuesday, November 24
You are at:Home»Business»Wood-based manufacturing sector to remain unfavourable 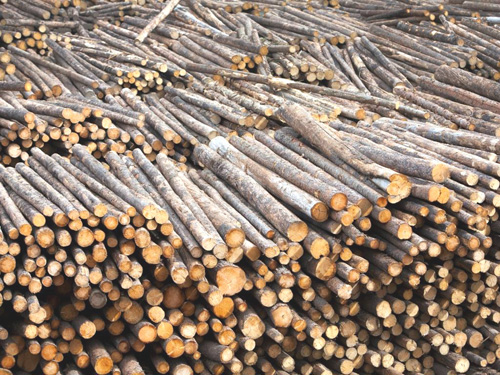 Analysts have projected that the wood-based manufacturing sector will remain unfavourable as the weaker ringgit alone is insufficient to mitigate the negative factors of potential minimum wage hike and high rubber log wood prices. — Reuters photo

KUCHING: As we head into the second half of 2018 (2H18), analysts have projected that the wood-based manufacturing sector will remain unfavourable as the weaker ringgit alone is insufficient to mitigate the negative factors of potential minimum wage hike and high rubber log wood prices.

According to the research arm of Hong Leong Investment Bank Bhd (HLIB Research), the new government has pledged to hike Malaysia’s minimum wage to RM1,500 per month from RM1,000 per month currently.

“While it remains to be seen if the minimum wage hike would materialise, a hike is negative to the sector’s earnings, given its heavy reliance on labour.

“Ceteris paribus, every RM100 per month increase in minimum wage will lower our financial year 2019 (FY19) net profit forecasts by one to 14 per cent,” HLIB Research said.

On the prices of rubber log wood, HLIB Research noted that these have been holding up due to shortage of supply, and this does not bode well for the sector.

The research arm further noted that among the wood-based players, Evergreen Fibreboard Bhd will be the most severely affected by the stubbornly high rubber log wood prices.

It said that prices for Evergreen’s operations in Thailand, which account for 40 per cent of the group’s total medium density fibreboard (MDF) capacity, has almost doubled in between the second quarter (2Q) and 3Q due to supply shortage arising from rainy season.

Meanwhile, HLIB Research highlighted that overcapacity for particleboard in Thailand (with 10 additional new production lines being added since mid-2017) has resulted in prices declining since 3Q17.

The research arm believed prices of particleboard will likely remain depressed in the near term.

The research arm noted that for HeveaBoard Bhd, which has managed to maintain selling prices of its particleboard thus far given the superior quality of the group’s products, it may soon have to lower as the price gap between premium and mass market products has widened significantly.

Overall, HLIB Research favoured the furniture players over the engineered wood players, as they are not involved in an intense price war.

“Moving forward into 2H18, the furniture makers will be facing another hurdle with the potential surge in labour cost.”

“However, we opine that the surge in labour cost can be partially cushioned by a stronger US dollar against the ringgit, lower material prices (particleboard) and previous upward average selling price adjustment.”