Wednesday, October 20
You are at:Home»Business»Optimism for IHH after Fortis purchase 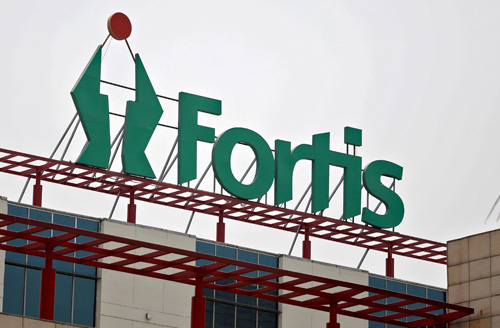 The acquisition comes at an opportune time for both parties as IHH will be able to gain a bigger foothold in India, while Fortis receives a quick injection of cash. — Reuters photo

KUCHING: Analysts laud the long-awaited move by IHH Healthcare Bhd (IHH) for the proposed subscription of 235.3 million new Fortis Healthcare Ltd (Fortis) shares by a way of preferential allotment representing a 31.1 per cent of the total voting equity share capital of Fortis.

The total consideration for the subscription amounts to 4,000 crore ruppes or approximately RM2.35 billion — at 170 rupees per share or about RM9.98 per share.

This preferential allotment will make IHH the largest shareholder in Fortis.

Affin Hwang Investment Bank Bhd (AffinHwang Capital) in a note said the acquisition comes at an opportune time for both parties as IHH will be able to gain a bigger foothold in India, while Fortis receives a quick injection of cash.

“There are two immediate objectives with Fortis. Firstly, an estimated one-third of the 4,000 crores rupees funding (RM765 million) is aimed to achieve operational stability and address short-term liquidity needs by replenishing working capital to pay vendors, salaries and critical capex.

“Secondly, the remainder of the funding will be utilised to privatise RHT Health Trust and SRL,” it said, adding that RHT is a Singapore listed company with healthcare assets in India while SRL is a diagnostic business with 368 laboratories across India.

“There is an existing agreement between Fortis and RHT for the former to purchase the remaining stake it does not own in the latter.”

“This is derived from the latest number of operating beds at Fortis which is 5,637 beds.

“When compared against IHH’s previous acquisition cost in India of Global Hospitals at RM567,000 per bed. we believe the acquisition of Fortis is fairly valued given that Fortis is the second largest hospital player with pan-India footprint and strong presence in all key hubs across India; has a network of 40 hospitals; has presence in 5 different countries and; owns aleading nationwide diagnostic business with 368 laboratories and over 24 wellness centres,” it said.

On a more cautious note, Kenanga Investment Bank Bhd (Kenanga Research) was neutral on this corporate development by IHH.

“The deal is positive because it propels IHH to become a leading Pan-Indian hospital operator, operating more than 5,400 beds in 37 hospitals,” it said.

“However, we are concerned about issues at Fortis, including an auditor’s qualified audit report in FY18, risk of more provisions, lapses in internal controls, which led to regulatory probing, which could well mean execution risk,” it forewarned in its own report yesterday.

This led Kenanga Research to maintain its underperform call, earnings forecasts and target price of RM5.10 per IHH share. AffinHwang Capita reaffirmed its buy rating on IHH with a target price of RM7.10 per share as it believed is on track for an organic earnings recovery driven by narrowing losses heading into FY19.

“Going forward, we continue to believe that the resilient demand and growth for healthcare services across all its home markets will continue to drive its earnings growth going forward coupled with the increase in contribution from its newly opened hospitals,” it said.

“We are also expecting further improvements in terms of revenue contributions coming from GHK and Acibadem Altunizade as both hospitals continue to ramp up respective operations by accepting more complex cases which will offset the incremental depreciation, amortisation and finance costs of these two hospitals.”